These two jealous wives are caught on camera kicking and slapping a young bikini-clad women after accusing her of sleeping with their husbands .

As the footage shows one of the women rips off her string bikini top leaving her wearing just a pair of skimpy swimming bottoms.

She deserves it.
She ruined other people’s lives.

Those families can never recover now.

She is spat at and hit across the back of the head by the pair of angry women, before she is dragged around by her hair.

The brutal footage is said to have been recorded by one of the husbands, who makes no attempt to intervene.

Why are the husbands exempt from punishment?

That’s how you know we aren’t quite there yet.
The other men should be knocking around the male cheats.

I wanted to lead with this picture. It’s ripe for mockery.

Because the Euro has been doing so well.

Never trust a Commie with money.

Who are these people? Did Europe lose a war?

What right does Brussels have to run anyone? Did it just wake up and decide one day?

They’re dictators, they are literally dictators. At least Hitler was fucking subtle, we still don’t really know what he was up to.

“When it becomes serious, you have to lie.”

Meanwhile, since sharing this, it gained 100k signatures.

I really wanna see DNA data on the EU showrunners, I sense nepotism.

“God understands more about the financial markets than many who write about them.”

“But anyone who believes that the eternal issue of war and peace in Europe has been permanently laid to rest could be making a monumental error.”

There goes your justification.

“We must go back to teach Europeans to love Europe.”

What Europe? Where? Who?

Let’s draft the Remainers, since they love the EU so much, they can die for it.

For the first time in years, I love reading the news.

I keep seeing the myth that it’s fine if it isn’t HIV.

And that’s why PUAs hate the UK.

The courts have recognised that person-to-person transmission of a sexual infection that will have serious, perhaps life-threatening, consequences for the infected person’s health can amount to grievous bodily harm under the Offences against the Person Act 1861: R v Dica [2004] 2 Cr. App. R. 28. Therefore, the transmission of that infection can constitute the offence of inflicting or causing grievous bodily harm, which when intentional can attract a sentence of life imprisonment.

The relevant offences for a prosecutor to consider are under sections 18 and 20 of the Offences against the Person Act 1861.

Malicious, reckless, aforethought are relevant terms here.
Not using a condom extends the sentence, not informing them of sleeping with third parties that also carry it (current risk level is assessed) will also count (so you can’t blame third party for the risk piggie in the middle willingly took on and spread).
More STDs, higher sentence, longer duration spreading it around, higher sentence, bragging about it or apathy, higher sentence.

And if they’d still give consent when informed (aka when it counts) then why not inform them?

Eating is natural. Presenting someone with adulterated food is still illegal.

It’s suspicious.
“I agree with your woman’s opinions on woman’s problems because they’re the same opinions as mine.”

Not the best test? 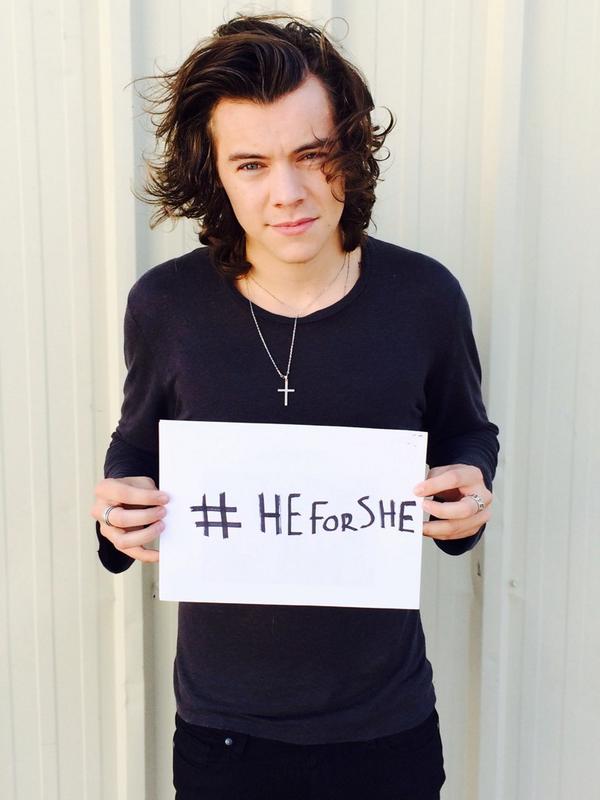 Like the utter failure HFS, look at the desperate faces.

Why are the ambassadors always pretty white girls?

More Boomers voted for the EU than Millennials.

Contrary to the Guardian theory that Evil Old White People voted for Brexit.

Who would have guessed the Boomers wanted to protect their wallets and pensions?

They’ve never screwed over the young before.

Brits have a morbid humour.

Specifically, the ABC1s hating on CDEs.

“Looking at social class a majority of pro-EU voters are middle class (57% are in social classes ABC1, compared to 47% of anti-EU voters).”

I invoke broken clock. Exceptional case of the feminists hitting on something true.

The most misogynistic men I ever met IRL claimed to be male feminists.
They think it’s an excuse to speak about/treat women however they like (worse, always worse).

Despite taking the same exams and studying in the same fields and working in the same industry, STEM, the oh-so rational men take a wholly subjective view of their female peers.

As in, they don’t see them as peers at all.

In spite of the years of proof in the exact same system.

The researchers found that male students systematically overestimated the knowledge of the men in their classes in comparison with the women. Moreover, as the academic term progressed, the men’s faulty appraisal of their classmates’ abilities increased despite clear evidence of the women’s superior class performance. In every biology class examined, a man was considered the most renowned student — even when a woman had far better grades. In contrast, the female students surveyed did not show bias, accurately evaluating their fellow students based on performance. After studying the attitudes of these future scientists, the researchers concluded, “The chilly environment for women [in the sciences] may not be going away anytime soon.”

Nobody is rational. Humans are not machines.
That men even claim that, seriously, shows they aren’t.

And machines would be meritocratic anyway.
Surely judging your peers requires EQ and SQ, female attributes? They only consider this ‘logical’ because it’s quantifiable. Slight bias in the method there.

The funding gap is totally real too. Even with taxpayer funds (!!!).

Yeah the older ones are real men with nothing to prove.
If someone wants to contribute, that’s a good thing.
Get over yourself.
I love how they also claim to be superior to dead women.
How insecure have you gotta be to try and one-up a corpse?
The worst are non-STEM losers, with no idea what the industry is like, who go on about STEM. No better than the non-STEM feminists with their mewling. Totally ignorant.

“Whereas three-quarters of Millennial women anticipate that their careers will be at least as important as their partners,” they reported, “half the men in their generation expect that their own careers will take priority.”

You need two incomes, numbskull. And what if she earns more?
And what’s wrong with being the primary caregiver?

Taken together, this body of research should dispel any notion that Millennial men “see women as equals.”

This isn’t necessarily a bad thing actually. This study gets that wrong. These types have always existed but they’re the maladapted SES dregs. They project their passivity, bitchiness, weakness and incompetence onto all women. Blind to its manifestation in themselves, naturally.
The men who can’t get with the 21st century labour requirements will simply die alone.
Historically, men are almost always genetic suicides anyway.

If they can’t be meritocrats, who would see merit in building a life with them?
You have to be on the same team once married, telling a woman regardless of need that she has to give up her career to make you feel like Draper (and the fictive 50s lifestyle) will end in one place – the divorce court.

That type of lifestyle was never possible, it was a small slice of post-war prosperity paid for by the blood of your countrymen, and they say we womenfolk buy into false advertising realities…

Obviously men and women aren’t the same, but for most tasks they are roughly equal in capability, especially the high-estrogen diet modern male.

TLDR: Generally, it takes out the weaker men who can no longer reproduce with the lower-caste women, in Darwinian effect killing both.

A onetime Soviet loyalist who was eventually shot as an enemy of the state, Babel was likely trying to say something profound: that the freedom to make mistakes is itself an essential component of freedom.

“For your own good.”