Colleagues in the Climate Change team in the UK Foreign Office asked me to pop in and discuss the way that food, food prices and climate could interact to affect life in countries around the world. This is a topic of crucial interest given the plethora of analyses that have linked food price rises to civil unrest in unstable economies.

At the moment you only hear about global food security, but as I’ve covered before, the UK is too screwed to fix itself without essentially killing the whole population of London, let alone pay for lazy African farmers.

We’ve got about 80 million total (legal and illegal) by food consumption. I’d roughly estimate enough food for no more than 20 million comfortably and most of those in rural areas.

Our plausible worst case scenario was built around both these events happening together.

Not enough. The human immune system is brittle when starving, especially when unhealthy before (99% of people easily) so you have to factor in disease with the prospect of famine (they refuse to name the fear) and where the global populations are likeliest to die off.

That is Africa because they’d have died off to sustainable Malthusian levels centuries ago were it not for the White Man’s saviour complex stupidity. Second, China. Surprising until you see how they’re agitating for war, they may get a civil one. Thirdly, India because these people drink water from a river as you can see corpses bobbing by, mid-decay.

None of those people were meant to survive into this century.

People forget the plagues were historical events attributed to God. They were effects of bad manmade decisions. These people refuse outright to fix down to a sustainable population from hubris. The sin all Gods hate the most?

Look at the places worst hit recently – California, after all the gay shit, Venezuela after Communism (wrath, greed, envy and largely sloth), and the Middle East…. I guess Allah isn’t quite as much on their side as they expected. This drought phase comes after they’re back to murdering children, raping nuns and crucifying Christians.

What happened to the Ancient Romans who did that, again?

Of course, I can’t say it’s divine will but…. damn, that’s the only connection I can see between these disparate places.

Note in that report they never factor in war because if the shipping routes are closed, that’s it – most of the world will starve. It takes a few weeks at most. All three of the places I named thrived in the post-War grace period stabilized by Western cowardice. They were allowed to over-breed from the abundance paid for by white male blood. Say, does Merkel still want that EU Army? I hope she gets it, I hope she does. Go ahead, arm the citizens. See what happens when you ask them to farm for the Africans who already killed white farmers. Aid missions will be the start.

Slightly off-topic: if you were these corrupt governments thinking you can defy the laws of nature, what would you do to temporarily assuage this problem for the next politician?

I can’t wait for the Malthusian trap to eat these people and their stupid, stupid interference.
Stealing oil is bad, stealing water is an act of war and possibly genocide. Rather than deal with their unsustainable populations (read: stop fucking, you aren’t a dog) and the food security (shortage almost dead-cert at this point), they steal the stuff of life itself from their neighbours. In already parched areas, this will kill people and the chemicals in the rain might kill their crop ANYWAY. Arrogant, stupid people.

The people in these densely populated areas (mostly Asia) are dead men walking already. But they insist on taking the rest of us down with them. 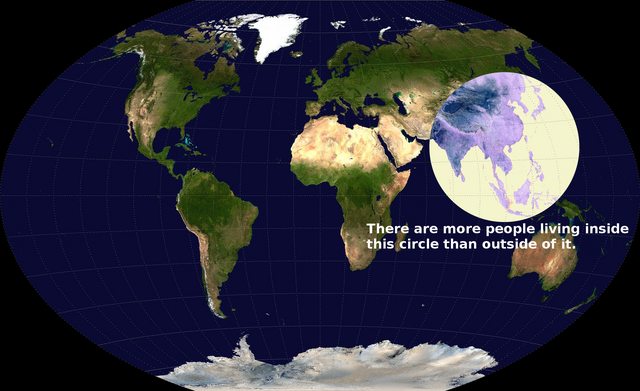 Evolution is very clear. Have as many children as you can support. If you have just one more, you lose them all. These people are gambling with the future of humanity to make a quick buck and it disgusts me.

They’ll expect NW European to kill itself to save their ungrateful, low IQ arses (SE Asia math grades don’t count, most Asians are thick as pig shit). If Europe caves to this BS, we deserve to go. A century ago we were about a third of the world population because survival was tied to being personally responsible.

3 responses to “The prospect of UK famine in our time”