I’m so glad I can finally talk about this because it’s in the papers. You know I rarely remark on celebrity gossip but I love me my Monarchy (NRx ftw). SO.

It’s like a midlife crisis except he isn’t in midlife. And he’s trying to ragequit parading round winter dick warmers because this one is the ugliest. A bevy of lithe, very white almost Swedish? blonde lingerie models in their prime and everyone is laughing at him for dumpster-diving. Well, yeah. Like any normal bloke would get shit for it too. It’s funny. It’d be better if she was fat, not to mention she’s old(er than him). Men always date ugly when they want to drop her later without heartbreak. This is well known. Oh, how ever will he replace her??? She’s only hot if you’re into the question Could she have been a tranny at some point?

He chooses a mystery meat girlfriend who loves to publicize herself, at every opportunity

and then complains when people bring up the topic she has given interviews on and he is also bringing up himself.

I want him to marry her. Easy bet winnings on the divorce.

You can see she’s the type. If he doesn’t want his private life to be public business, he can drop the title. That’s the secret though, he loves the title more than any woman. And even if he did abdicate (not in so many words), the true reason for all this uproar, she’d dump him because he’s a ginger fuckboy.

She thinks she’s too good for him, as a 35yo, mixed race SJW activist liberal divorcee, unless he’s a literal Prince.

Emma Watson would’ve been the superior SJW choice, and young enough to have plenty of children.

What you could’ve won….

If he hates his family so much, just leave! An entire country isn’t going to pretend that up is down or this woman doesn’t have a manjaw Arnold Schwarzenegger would be proud of! He loved the attention and lapped up praise about his girlfriends in the past and when he tries to parade this one round in a pathetic I’ll Show Them Grandma people will rightfully say, wait, so attention is now OK? What the hell, Harry?

Emma Watson must be laughing her tiny arse off in her London pad. Bullet dodged. Damn, even Claudia bloody Boleyn at least looks feminine! There are somewhat attractive (read: feminine-looking) feminists, contrary to stereotype. He has options.

And how dare he try to finger wag at a whole country after the SS uniform scandal? Like for real, dude, you’re playing the Evil Waycist card? Your family invented that! You only have power and wealth because of that! All the pissed-off black people have a point this time!

Why would he choose Mz Manjaw? How can people think that is hot?

Anyone can look attractive from certain angles, especially in Hollywood. Although tbf I’ve rarely seen a black woman with a feminine jawline. It often comes with the lower lip structure, anatomically. Well that’s the term used colloquially, it does look like a woman’s features photoshopped onto a man’s face shape! This isn’t the genetic square jaw of Grace Kelly and that woman never chose to do clothes-ripping sex scenes. She has the jaw of someone with genetic masculinity of features, but also a high T-level to further pronounce it. They always try to hide it with the hair, and insultingly, culturally appropriate white women’s hair too. Like, no, we can’t do dreads or afros, you can’t do straighteners. Not to mention, she isn’t just full-chinned, she looks like she stole one. Like a bad implant on top. Like facial feminization surgery, but the really cheap kind.

Women do not have jawlines that exceed our cheekbones. Medically, in width. FFS corrrects that. Most of her so-called ‘beauty’ is hair and make-up, like other Hollywood spinsters. Her eyes are too close together, slightly piggy, her colouring is boring like stale coffee, she has the dead eyes of a high-power lawyer sociopath, the thick eyebrows of someone who thinks their eyebrows look good if they look like they were ripped off of Charlie Simpson, her nasal bridge is pinched at the top like a bad nose job, for a black woman she sure needs lip fillers, but from the neck down she looks acceptable for her age, and we all know that’s all Harry cares about. Objectively, she’s a 4 because her tits save her. By distracting from the face.

Gee, I wonder where she wants us to look. Probably implants, too round.

I don’t find her attractive at all, even if you drop to black woman standards (see Heartiste for ranking details). She ain’t no Vanessa Williams. By a long, long shot. 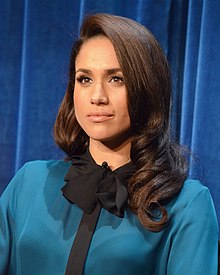 My, what a feminine face shape you have!
Actually, it reminds me of someone jowly.

She looks like one of those clubbing guidos. This is your vision of beauty, America?

How much Photoshop can one woman take? That is not her face.
Probably about the same number as her ex count.

Maybe I should take back the comment about the good figure. She seems unusually fat and not in the thot way. I had to do a double take. Okay, is there a bet she’s actually a man?

Cos this ‘woman’ was born a man.

This one too. Surgery and drugs, kids.

That’s some A+ surgery.

Harry could literally be dating prettier men and he expects us to act like she’s even a 6?

Halfway between…. that, and a Big Brother contestant. I’d swear there was one that looked the spitting image but I’m not wading through that lot. 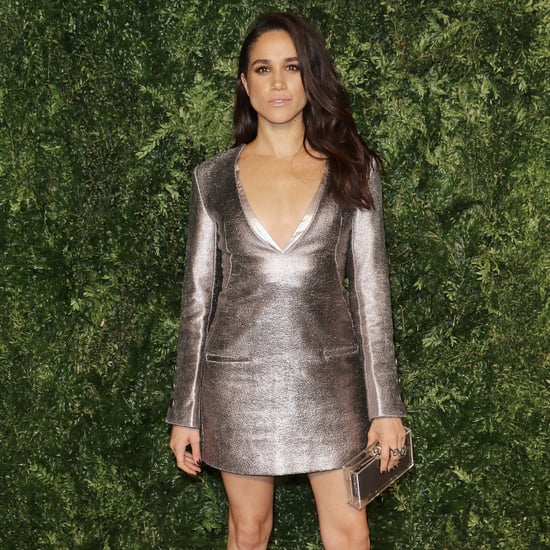 I retract the comment about the good tits. It was wrong and I wholeheartedly apologize.

Still pinging male to me. At least heavily andro. See the eyes? Why draw attention to tiny narrow gap eyes with shadow?

Tiny, piggy eyes. Her nose is not small enough to get away with eyeliner.

* If you chose right, congratulations, you have functioning eyes and very good taste.

You know it’s a crazy day when I’m vaunting the virtues of Emma “I went to Brown” Watson.

UPDATE: Found who she reminds me of, Minnie Driver.

One response to “What the hell is up with Prince Harry?”