Nowadays in a story of Kallikak, we’d have to include epigenetic inheritance from the venereal disease-ridden microbiome of the parents. Contrary to popular belief, recent findings have shown the male urethra does have a microbiome and is not sterile i.e. it passes to the mother during conception.

‘Two paths’ has two versions and few people are intellectually honest to include both.
The ages are off though.

In a patriarchy, men are held to sterner standards than women. 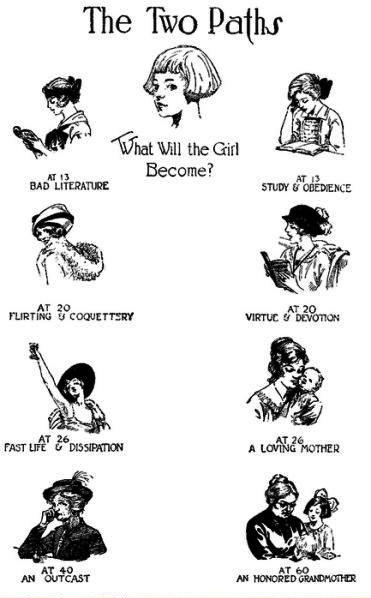 Have you ever noticed people with bad morals look older and more haggard?