There needs to be a distinction made between the population and the nobility/monarchy.

Nobody ever does in this topic.

Up until around the 19th century, the West referred to black people as meaning they had dark hair.

There were no people with dark skin, and they’d have been called their tribe.

If you read the diarists.

Their analysis indicated that he had red hair, a trait never found in sub-Saharan Africa.

Because Ramesses was known to have been of Libyan descent, historians have speculated that he probably had relatively light skin,

Remember, it’s a rookie mistake to assume the current population living there is genetically the same one from thousands of years ago. Wars happened.

Meanwhile, the Egyptian authorities were accused of trying to cover up Tut’s possible Jewish heritage due to the current tensions in the Middle East.

No, have you seen their totally straight noses? No.

However, most actual genetic experts acknowledge that ancient DNA is incredibly easy to contaminate (in one famous case, DNA identified as belonging to a dinosaur turned out to be from a modern human), making any DNA study of King Tut highly suspect.

But surely if they kept taking samples that wouldn’t be a problem?
They usually take samples by extraction too, not the surface.

What did the genetics say again?

Most modern linguists favor the “black land” meaning of the word. They argue that the Nile River’s yearly floods brought rich black soil, which ensured the country’s agricultural prosperity. As a result, the Egyptians called their land Kmt. The black soil provided a sharp visual contrast with the desert sands around the Nile, which ancient Egyptians called dsrt (“the red land”). But only the parts of Egypt closest to the Nile would have flooded with the black soil, and the Egyptians did not have any vocabulary to refer to race, so perhaps neither argument is wholly correct

The country with a religion revolving around the Nile, names itself after the soil it enriches?

Some scholars have asserted that Arsinoe IV was part-African, meaning that Cleopatra’s mother (and Cleopatra herself) could have been part-African as well. In the 1990s, an archaeologist claimed to have identified Arsinoe’s tomb and skeleton. However, DNA testing on the bones was inconclusive—and we’re still not even sure that they’re her bones. It seems likeliest that Cleopatra was generally Mediterranean, a mix of Greek and various other nationalities. Ultimately, most classicists dismiss the question of Cleopatra’s race

Ptolemaic. Greek.
Maybe a little of something else, but mostly Greek.

They look so African 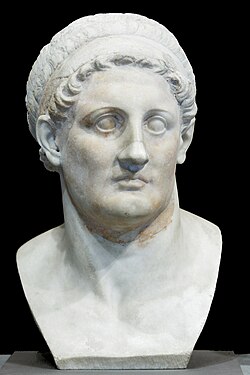 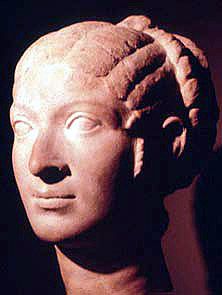 Does that nose look African to you? Jawline? Eye shape?

The Egyptians depicted themselves with skin tones ranging from light brown, to red, yellow, or black. Men were often darker than women, probably to indicate that males did manual labor outdoors, but ancient Egyptian artwork was not realistic and most skin tones were probably symbolic rather than realistic.

to distinguish themselves from the Nubians (a people who lived in what is now Sudan), since they drew themselves with reddish or copper skin, but often painted Nubians black. Complicating the matter, a professor of African history has accused modern Egyptian authorities of tampering with ancient Egyptian artwork in order to hide their African features.

Modern scholars consider it almost impossible to judge the Sphinx’s ethnicity, since millennia of rain, wind, and heat have worn down the statue’s face.

One response to “Clues about Ancient Egyptian race”