From the immigrants, specifically.

I had to pick something you’ d actually read.

It has been argued that in the Book of Genesis, the violation of hospitality is what truly made Sodom and Gomorrah considered to be wicked, resulting in God condemning everyone in the cities to die. In the narrative, God decides to destroy the cities but Abraham implores him to have mercy and spare the cities if even ten righteous people could be found there. God therefore sent two angels disguised as men to Sodom, who were refused hospitality by all until they encounter Abraham’s nephew Lot, who had recently moved to Sodom with his family. Lot welcomes the two as guests into his home, and eats with them at his table. A crowd of men from the city later gathers outside of Lot’s home and demands that he send the two strangers out of his house, “so that we might know them” (have sex with them). Lot is so horrified at their intentions that he even offers to let the crowd of men voluntarily have sex with his own virgin daughters rather than allow the two men who are his guests to be harmed.

That’s how serious it was.

The crowd refuses but the angels then reveal their true forms, strike the crowd blind, and warn Lot that he and his family must leave the city at once. Sodom and Gomorrah are destroyed at dawn by God raining down fire and brimstone from the heavens.

SJWs do not protect them maternally, but based on hospitality.
Cut that bond and obligation, the defense is severed.

Going back to the last time this happened, why were we kind to the Jews before the end of WW2? Same reason. It’s the exact same reason.

Why are the Greeks such pushovers?

Many subsequent generations interpreted the story of Sodom and Gomorrah to be a condemnation of homosexual sex acts (to the point that “sodomy” became a common term for homosexual sex acts), but modern biblical scholars have pointed out that the inhabitants of Sodom are never explicitly condemned for engaging in homosexual sex. Rather, the crowd of men gathered outside Lot’s house did not horrify him simply because they wanted to engage in homosexual sex, but because they wanted to rape and harm guests within his own home, whom he had formally extended his protection over as part of guest right.

While other books of the bible (i.e. Leviticus) condemn homosexuality, the violation of the laws of hospitality is considered to be an infinitely worse transgression. The Midrash contains numerous commentaries and stories about the villainies of the Sodomites, not particularly focusing on homosexual sex but on their overall cruelty, including accounts of them horribly killing those who showed mercy to the poor.

This also explains the Celtic hesitance here to punish the violators.

Celtic societies also valued the concept of hospitality, especially in terms of protection. A host who granted a person’s request for refuge was expected not only to provide food and shelter for his/her guest, but to make sure they did not come to harm while under their care.

Except we granted them nothing, other immigrants in the system decided, and refuge is temporary.

Likewise, guests were to not abuse a host’s hospitality, but to behave honorably and appreciatively. There are many ancient Greek stories that hinge on violations of xenia. That is, in western culture today, it’s considered bad manners to treat your guest or host rudely, but it was a much more significant violation of the social code to behave in such a way in Ancient Greece. Actually, the same can be said in the Old Testament.

Given the outcome of Sodom, am I concerned about mass immigration?

Not particularly, although I probably should move.

Examples: if you’ve read The Odyssey, you’ll see a huge component of the story is the Suitors living in Odysseus’s house, and taking advantage of his hospitality.

(This passage is, in my opinion, meant humorously, but that element has been lost in time and in the desire of some to take the Bible literally).

Take my daughters!
translation
Nothing is sacred.

Ultimately, despite my love of GRRM and his work, it’s almost a sign of laziness to identify this as #basedonhistory. It’s not. It’s pirated from history and redressed as Ren’Fayre-bleak. The world relies so heavily on the audiences expectations how a ‘feudal society’ operates that it gets away with never having to explain anything at all.

Exactly, he doesn’t get the mind. He only writes bland, vacant nihilism – the angsty teen edition and the pomo Boomer who fucks and drinks and is really funny to himself/happy only when bitter and drunk.

Guest rights and rituals of hospitality existed across not only medieval Europe but across recorded time in history. Whether this is greeting an incomer by extending a hand in ‘friendship’ (or simply to show you’re not holding a weapon) to offering tea and biscuits to demonstrate to your daughter-in-law that you’re not going to bite her head off for daring to cross the threshold.

This could be considered our cardinal value as a race, the broader umbrella, white kind.

Essentially, the rapefugees claim sanctuary then desecrate any form of right we gave them.
The term sexual terrorism applies, they violate beyond the physical to mock our culture.

This seminar places Anglo-Saxon (c.600-1100) legal treatments of refuge in the context of a broader web of ideas, looking at the problems that hospitality could raise by giving potentially threatening outsiders protection without simultaneously integrating them into local legal networks, and the various ways we find laws trying to address these problems without denying people’s right to protect their guests in principle.

Politeness is the pleasant parent of PC.

First, political correctness is a stern, fierce movement which is completely sane and sets out deliberately to stop us from saying – and thinking – various things. It is not a joke, nor is it out of control. It is deliberate, purposeful and serious. Those who enforce it plan to change the world and they will succeed for as long as we treat PC as a laugh, or as some sort of batty bureaucratic mix-up which will go away in the end.

…We also need to realise that it has one very powerful weapon. It poses as the friend of good manners. It claims that it is the only force that can stop people being rude, dismissive or unpleasant to racial minorities or homosexuals. It pretends that it is the only movement that is interested in improving the lives of women

They want to disinherit us from our culture by handing it over to guests who want to water it down. We can’t move away but we try.

Totalitarianism is the natural end-point for modern, mainstream secular Leftism; and now that ‘everybody’ in The West is on the Left and primarily secular (including self-identified ‘right wingers’ and ‘Christians’) – ‘everybody’ is united in demanding totalitarian thought control.

In suppressing dissenting voices, it is their own thoughts that crave to be controlled. When life is understood as nothing but subjective feelings, then the idea is for our-selves to be manipulated into having the best feelings: we want to be convinced by soothing propaganda, we want a pleasing alternative reality…

Hence my contempt for the signalling right, the fakers.
They are blue pill as the rest. Cowards scurrying to hide badfeels. 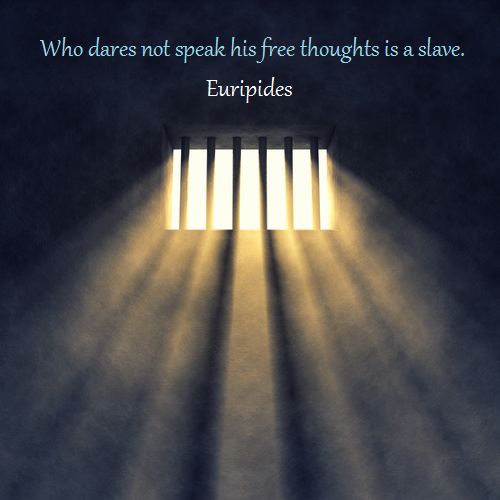 from The tragedies of Euripides translated by R. Potter
https://www.amazon.co.uk/Tragedies-Euripides-Translated-R-Potter/dp/1143759370

To be unwise with the unwise is painful.

Any time someone gives me shit for valuing freedom and being gobby about it As A Woman, I can’t help but wonder how fundamentally illiterate they are.

We only need defend ourselves when our men fail us. 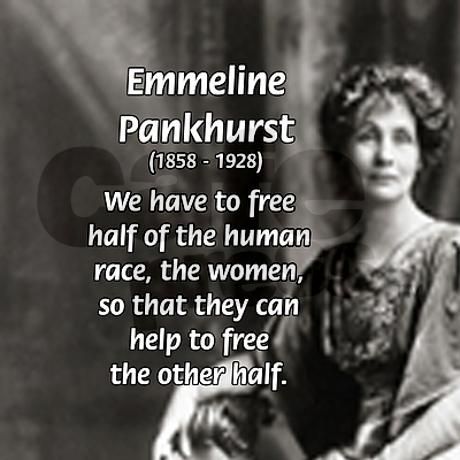 Or is the fairer sex supposed to sit on our arses and pretend to agree with the rapists and their defenders? Isn’t that then a betrayal? A morally strong woman is not a threat to a man with strength to match. Our job is virtue and keeping virtues clear in the public mind (to chastise, from the verb chaste) and defend virtue (child-rearing).

If only we had a word.

Yes, attacking our children, state, monarchs and way of life are affronts.
It flies in the face of Nurture dogma.
It suggests the better we treat them, the more they hate us.
Irrespective, it is most repugnant to the high trust groups, that survived the Ice Age with tribal bonds (read A Troublesome Inheritance). You want civic nationalism? You ‘integrate’ and ‘assimilate.’ This doesn’t appear possible. It never was. We’re noticing too early.
The pathologically altruistic Whites are still reeling from disbelief, mind boggled, and writing these off as random madness, strange coincidence, than deliberate treason and violation of our sacred, tolerant hospitality.

The consequences for misjudging intent would be too severe, because we would violate it ourselves.

There isn’t something wrong with us. We didn’t evolve for this situation. We evolved for ingroup preference. Multiculturalism was deliberately planned to exterminate us. To ‘kill us with (our own) kindness’.

Look at the slogans. Hope, not Hate?

Hope for what? Love, not hate? Where is the love indeed, Black Eyed Peas?

The bleached 20th Century American vision of Christianity, do nothing.

Kindness of the Whites based on sanctuary is the glue of the anti-West, the anti-white.
Ah, but paleface, they’ll say, sanctuary can only be extended to those within the same religion.
They will claim they were never our guest, never accepted hospitality, but soldiers, and can therefore kill us with impunity. Do whatever they want, they even have a religious instruction manual.

Ironically, they are pagans worshiping the Kaba stone.

We gave these people life itself, through foreign aid, charities keeping their governments afloat, a home here… and they do this. The Saxon is beginning to hate – the ungrateful guest.

Consider how prosperous we’d be, if we’d left them all alone and never imposed our charity.

One response to “Why are terrorist attacks so shocking to Westerners?”