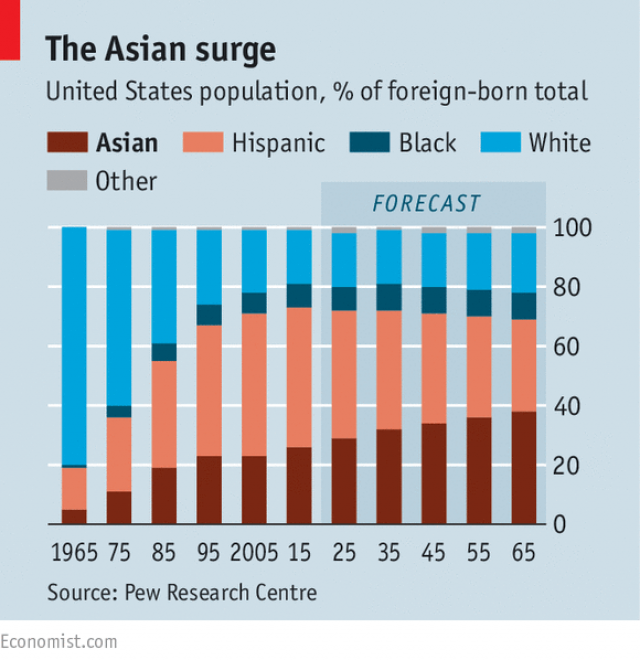 The Hispanic measures will be smaller than predicted given Trump got in.
All current data shows the flood from China is the biggest factor.

“In 2013 the numbers of both Chinese and Indian migrants overtook Mexicans for the first time.”

Don’t import people who breed faster than you (r-selection) because at minimum it depresses wages from labour supply. The politicians prefer to because N bred exactly = voters available.

We end up with a line of Good Time Charlies, instead of brains and soldiers.

A democracy cannot exist as a permanent form of government. It can only exist until the majority discovers it can vote itself largess out of the public treasury. After that, the majority always votes for the candidate promising the most benefits with the result the democracy collapses because of the loose fiscal policy ensuing, always to be followed by a dictatorship, then a monarchy.

A democratic government is the only one in which those who vote for a tax can escape the obligation to pay it.

And on the rotting fish head of degeneracy

Nothing is quite so wretchedly corrupt as an aristocracy which has lost its power but kept its wealth and which still has endless leisure to devote to nothing but banal enjoyments. All its great thoughts and passionate energy are things of the past, and nothing but a host of petty, gnawing vices now cling to it like worms to a corpse