TLDR: look at the pics if short on time.

I thought black women were meant to have great tits?

Then how do you explain

I know they made her makeup look good now but wow. How much makeup is ON her?

Her skin is lightening faster than Michael Jackson’s.

What about the jaw?

And from the side

It’s like they’re trying to de-racinate her or something.

There is definitely less of some things and more of others….

At least they’re improving her hair. WTF is this? Who let her outside, Harry?

I’ve seen better hair in the wine aisle of Tesco at 4am.

Just bring back the afro than hungover white college girl levels of limp.

Or won’t the Queen allow a fro? Is that the real reason she gets bad chem treatments?

I saw a documentary today comparing her to Diana.

A woman who’s done nothing but lie on her back. All the grace of a Tuesday stripper.

Nothing will turn people off the monarchy faster (even Americans) than a fucking American being rubbed in our faces for years. Harry, predictable as ever, refused to give up his title.

That’s why the wedding is in Windsor, the shame location.

Sparkles insists on living up to her name too with a wedding Gypsy brides the world over will seek to imitate. The layers of spangly shit, omfg….

The future Queen is avoiding the future tell-all book author.

A title in Scotland is like Russian wine. Why bother?

Why Prince Harry’s wife will not be called Princess Meghan

not Christian (didn’t even get baptized, just “blessed”?) [1]

She isn’t even noble and she’ll never, ever be royal. Words have meanings, America.

Her kids won’t even be royal because they won’t go anywhere near a throne (assuming she can have kids naturally, which I doubt because she tried to get preggo for ages and failed).

The news is a comedy, this is like the reality TV in Fifth Element, it’s all so tacky. Less fuss was made over the future King. He got about 10% of this coverage. We’re already sick to the back teeth of her.

Are they planning on bumping off Will or something? God I hope not.

That needs to be a parliamentary one to count, dearies. And they’d take it down, despite how legally, Parliament would have every right to stop a foreigner holding a title (rescind Jolie’s, FFS).

She won’t stay politically neutral. The whole country will end up hating her, even the people who like her now. We’re a liberal country and hate being told what to do by Yanks. Harry, ditzy as ever, refuses to look like a laughing stock by cancelling and would rather give some haggard whore legal rights over him. I hope she doesn’t divorce him, to keep a title or whatever reason, I hope she spends her entire life attached to him like the leech we all see she is.

Be careful what you wish for.

You can’t put this toy down, you fuckboy dumb-fuck. He will definitely suffer for this, his poor brother watching the slo-mo crash. At least their mother can’t see it. Could he not even find a good looking one? If you had to pick an American? A VS model, at least? A Halle Berry?

Yes, we are all fully respectful of this one.

The papers praised her “curves” in this. I see no curve.

It’s an insult to compare her to Latinas. Latinas look good.

Everyone can see it, this farce and the Queen’s good work over decades has been erased by this poor handling of another Wallis case. Wallis was a tart too, look it up. The Queen’s hoping if she gives Harry what he wants they’ll both settle down.

Hahahaha no. They’ll keep pushing their luck. He’s marrying the female version of himself. Ugly inside as out. She will nag and meddle and be a total faggot (original meaning), a total harpy, a massive shrew. Women don’t get less annoying once you marry them. Well, the nation isn’t sleeping with her so we won’t put up with any bullshit. If she doesn’t pipe down the second she’s got a ring, Labour will get more anti-monarchy support. I wouldn’t be shocked if Harry had to move to America or something about title stripping, eventually. Bad blood will out, and this is white trash… with a little something else mixed in. This reminds me of the time before Brexit when nobody said it could happen. You can’t have rebels in a ruler family, this is how France went down – brats. He should’ve been kicked out after Vegas. At least he’ll never live down the SS uniform, as he still tries to call everyone else racist. Hey, at least my (fictional) husband didn’t own my ancestors, love.

She and hers wouldn’t have been in America if it weren’t for his ancestors, maybe this is reparations of some kind. This monarchy is very new (two centuries, I own things older than them) and not at all English (German) so I expect to see some fall out in my lifetime. This cannot last, it shall not last. Look at London demographics too, you think they’ll let these people sit pretty at Buckingham Palace? I doubt it somehow. Many attempts have already been made. We have plenty of older, bluer blood, going back to the Celts, plenty of available claimants who preceded the Normans too.

Don’t let her run back to America, Harry, even if the mayor breaks out a guillotine under a black flag at some point. She can learn what commitment really means because obviously she didn’t learn with her first husband.

Christ, what a cuck.

You don’t leave this family except in a body bag, as Diana learned the hard and airbag-less way.
She’ll have to cosy up to the Saudis, that mutilate and stone women. #BestFeministEver

I am genuinely looking forward to the free shit show, front row seats.

We thought Harry was bad but this woman has bigger balls. It’s gonna be goooooood.

She’s complaining about body shaming now, pretending it’s certain outlets doing it for her. The future Queen had plenty of that, it’s part of the job. People will look and some have a right to disapprove with their opinion. Try not looking like shit on official visits?

Without shapewear, you can see why she’s on the anorexia diets. Welcome to the fam.

They’re all insane. And they all already hate her. She’s played victim about a dozen times already on non-issues (we call her “Me Again!” because she’s always popping up) and Americans complain about Taylor Swift?

This is going to be priceless. Picture her acting up with actual royalty.

She might even trash a palace. If only we had a term for that.

Wow. And her legs are the colour her face should be.

If you colour-pick out of pics of her.

Chest and neck comparison. She looks whiter than most white women now.

What the hell is going on? Is pale coming back? Did she get Michael magic lasers?

She is starting to look ill, properly anemic. I am getting concerned.

I didn’t even choose the most extreme areas of difference, that was average!

Even the media is doing it.

Her skin tone then, from the midtone on the arm.

Her skin tone in other versions of the same screencaps by other outlets.

She’s at least ten Fenty shades lighter in some press pics, WHY?

That is all kinds of messed up.

I hate to point this out but she looks better the more black she is. She needs those other (“exotic”) details to make the most of her features. What sort of shitty role model pulls a Beyonce?

2009, the foot fetishists have already assembled.

I wonder who she’s trying to imitate and over-shadow?

If only we had some kinda clue!

You might’ve fooled Americans but we can read your body language is fake as fuck.

The press have started to notice and cunningly refer to it.

Stop trying to dress like a white English rose and stay in your lane.

Pippa is a dog, don’t. Anyone can dress better than Pippa.

Can we all take a moment to cringe at this?

MEGHAN Markle’s former best friend says she is now a “manufactured, exaggerated version of herself”, it has been revealed.

The smile doesn’t reach the eyes. She looks like a Wallace and Gromit puppet in that one. 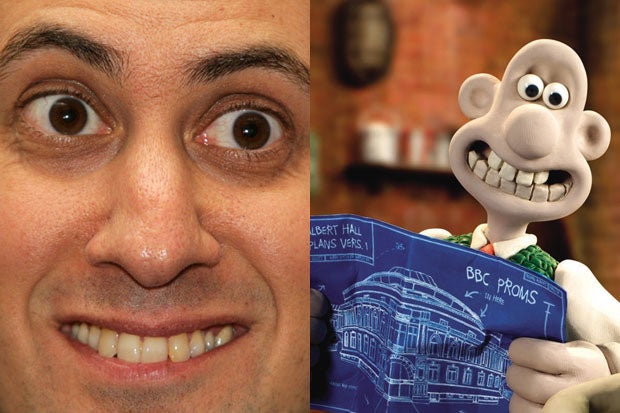 And what man doesn’t want a woman who dresses like his dead mum? What a lucky guy.

And Meghan still manages to have the most bland and boring look ever.

The fashion press are bored. She’s trying to be like Angelina and only wear three colours. 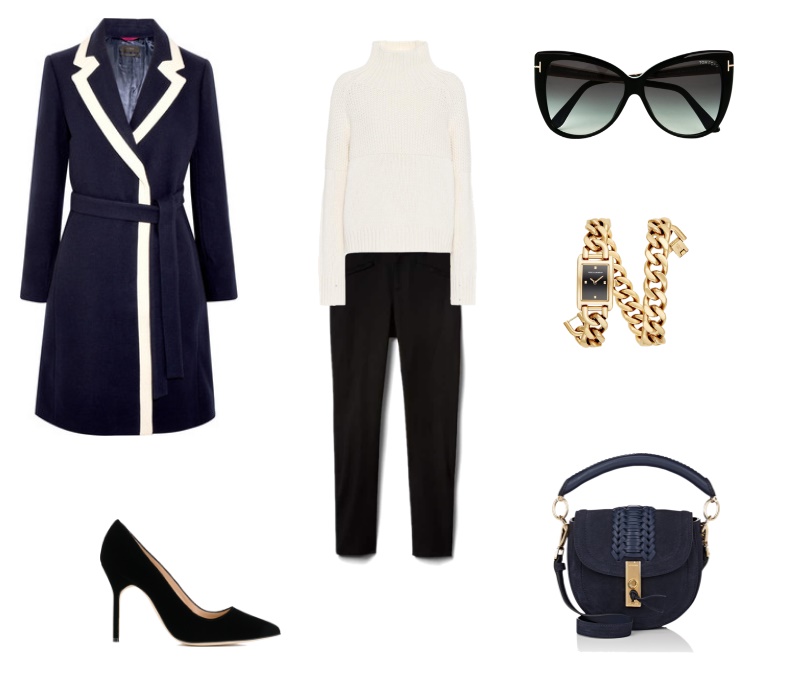 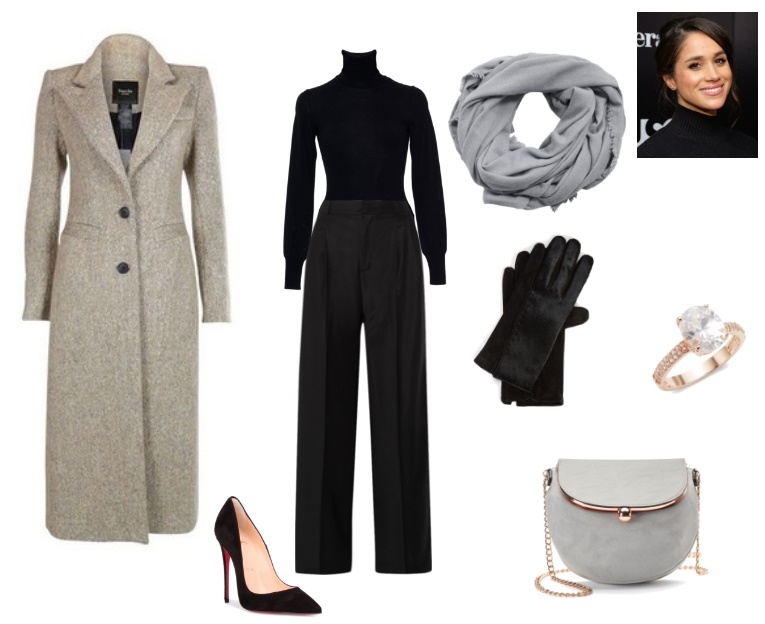 Are you a middle aged divorcee?

He seems less enthusiastic with that lower hand, huh?

What is it with the media? It isn’t enough they whitewash black people

they have to give her fake freckles?

She has never had freckles.

You know they think a woman is uggo when they repeatedly ask her to touch or cover her face.

To cover the jaw. Sometimes with hair.

Is she touching it subconsciously or what?

They Photoshop her so much it stops looking like her?

It reminds me of Cameron’s smooth baby face.

The inspirational quote she posted just one day after the royal engagement announcement read: “No matter how educated, talented, rich or cool you believe you are, how you treat people ultimately tells it all”.

Where did her manjaw go? It should be more prominent now she’s starving.

Whatever, she’ll never be skinny as Catherine and that’s all that counts. 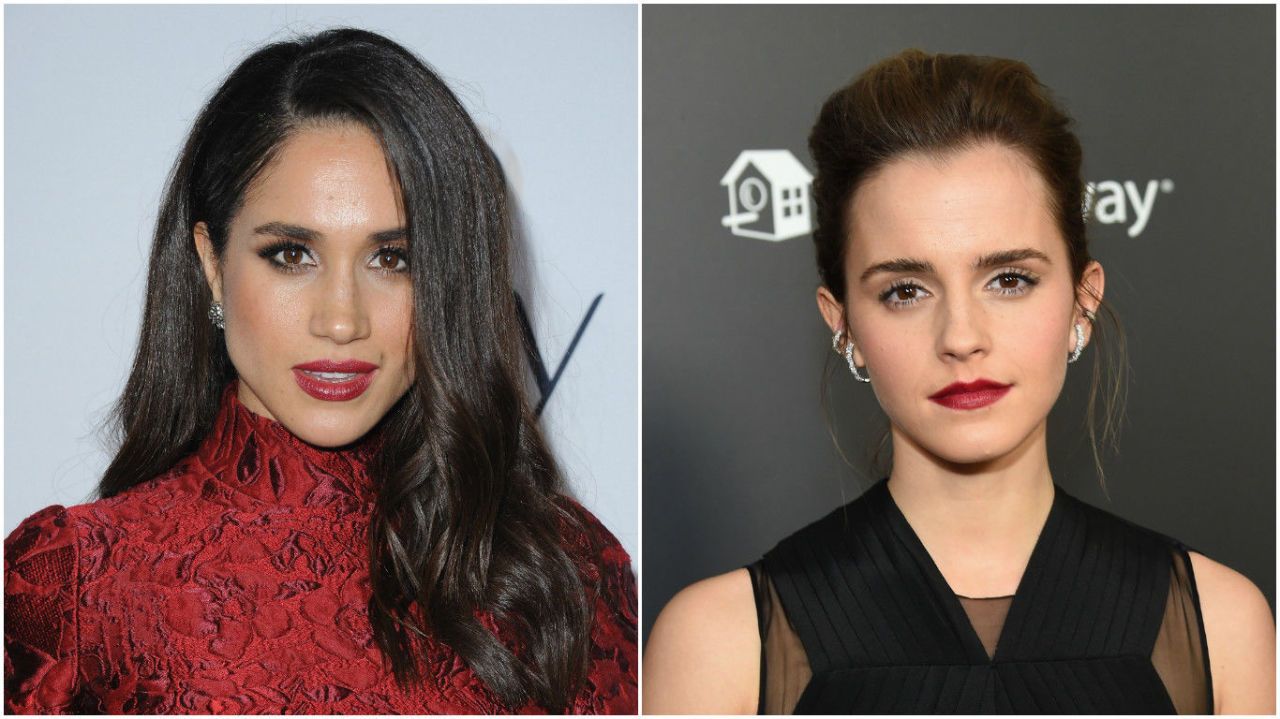 I saw no photo of them together….?

Really no comparison, is there?

Emma must be over the moon she is no longer the most hated SJW in the nation.

This is her real smile

Sunburn doesn’t count as freckles, before anyone goes there.

She had “no idea” who Harry was, OK. She’s posing outside some random’s house.

Hey, don’t notice things, guys. That means there’s something wrong with you, instead of wrong with this world or all the phonies jumping around in it.

that’s a slut that can pull off classy (but it fools no one).

1 Actually, a marriage doesn’t count for many reasons but among those, one spouse isn’t Christian and they aren’t baptized. I see the monarchy angling for a get-out clause.