“The research, published in the journal eLife, shows that the human leukemia virus (HTLV-1) acts at a large number of sites across the human genome, disrupting the regulation of tens of thousands of genes.”

One strain, of one virus.

“HTLV-1 is thought to infect more than 10 million people around the world. The virus can be transmitted through unprotected sex, blood transfusions, and from mother to baby via breast milk.”
Harmless fun. Fuck a Thai girl, kill your baby. Who are you to judge? They aren’t hurting anyone. What the wife doesn’t know, won’t hurt her. – Satan

“They add that the findings provide new insight into how viruses like HTLV-1 can alter the structure of the human genome, which can result in diseases such as cancer.”

The wages of sin.

When will it be taught in Sex Ed?

Maybe it’s that the Boomers aren’t raising them?

The people who invented the Esteem Movement.

Raised by cynical X or Y is better in general.

Putting pressure on a kid like a Tiger Mom or making them the centre of a marriage is abusive.

A lot of regretful former transsexuals will get a shock.

Nope, you can’t go back again. The body remembers.

Congratulations. You got one body and you ruined it with Frankenscience.

I would expect in a lot of post-op, post-ops, to see (if they have children) a greater risk of child cancer and genetic disease. Sexual reproduction in this species does not like competing variables like a man with chemically female signals. The organism is biologically unstable. What’s the old word? Oh yes, aberration. It is an aberration. Oldest word would be abomination.

Anyone supplementing hormones without genuine need (no, men, you don’t need fake T) is coding their DNA to be polluted. Pollution effects are naturally worst in the old (longest exposure)…. who happen to be all about magic pills.

Technically the right-wing should be all over green issues with pollution since it’s intimately connected with family and health.

And imagine peaking in life before you’re thirty. That’s going to be painful.

Four or five (!) decades of anti-climax.

If Hillary had won.

How many more are there?

How many more hide?

Very balanced. Fair. Exceptions don’t change the average rules. The economy requires opportunity but never duress. Women always worked, it was just in the home and not taxed. Men are not better, it’s apples and oranges, all humans are inferior really. The pride of men who sneer at women, old-fashioned women in particular were tough as nails, tougher than they’ll ever be. The dressing-downs I’ve heard! But broflakes act like reproach is modern.

I would add that no man is an island.
As in, there is a myth of independence.
Men fell for it first with the American “self made man”.
Men were made by God and then for nine months by their mother. Respect that.
Men started thinking they didn’t need women by embracing their feminine side in the 18-19th centuries.
That’s a mistake. Admit it but don’t lean on it.
Then women copied in the 20th century and men complained?

The ancestors of these men would be appalled: sickly lazy angry drunks who hate the very families they came from.
And they insult women (especially good women and mothers, if you look)? Did women make them those things? Bloody hypoagency. America has it worst. They confuse aggression with masculinity, fools are always aggressive.
Nowadays, calling a man a gentleman and a woman a lady might be taken as an insult!
Yes, being called a manwhore or a slut are so complimentary!

A person who is single can be good e.g. Jesus, but a single, embittered atheist?
No hope.

The rush to force people to marry would end in bigger disaster, they can’t even like themselves. The dignity of modern people is near non-existent. Just look how hysterical Elon Musk is. And he’s a role model?
Holy Hell.

“Satan knows that if he can corrupt women men will follow.” Actually, false.
It was the men first, brothels since the Napoleonic war/s and in WW1. They demanded women corrupt themselves since they weren’t allowed low wage work. Now they complain there isn’t enough goodness to go around. You ate your cake, what remains is someone else’s cake and your entitlement is hideous.

Nobody thinks you really want the number or a chat.
There’s only one type of woman that gets solicited in the street, everyone knows it’s an insult.

Anything less than full androgyny is not hooker attire.
Looking female =/= sexual? The most matronly women have worn skirt, dress or heels. It’s a cultural norm.

Not just etiquette for kids!

It is still weird to solicit (actual word meaning) strangers in the street for any purpose, whatever American comedians tell you. Some of us are raised better. Instant bad impression, whoever you are.

She missed out the schizo verbal abuse when you try to politely, passively avoid the pervert interrupting your day.

Imagine if someone at a bus stop called you a bastard for not talking to them. Multiple times a day.
Men would be horrified. Oh, and you can’t physically defend yourself or pepper spray them, and their revolting hands might grope you…

Because they liked your “outfit”.

Gee, why do so many women dress like shit, wear huge coats in public, avoid men or get fat?

Maybe…. men’s behaviour had something, some tiny, little, fleeting influence on that?

Ask yourself: is this something ghetto trash would do?

If so, never ever do it!

You know, if a woman likes you, she can talk to you first?

Or a hey if she didn’t notice you and you’re in the same place for a while?

Avoid the circle of personal space. She can close the gap.

If she keeps it short, move along. A minimal response is basic politeness, savoir vivre.

Subtitle: and how to make a classy exit.

This would be useful.

It explains the entirety of the problem, forcing a reaction (abuse). Kinda like putting your job interviewer in a headlock. One step down from kidnapping.

So what you really have in most cases are men with no idea how an adult is supposed to behave, think you can “tease” people like in school, and worst of all, that think you can talk someone into fancying them.

The fat girls can’t do it, neither can you. Nice guy = great personality. No.

Men over-estimate their attractiveness, excessively. Not fancying you isn’t a personality flaw, it should be expected (most humans don’t fancy most humans), especially when you’re enraged about it. Doesn’t strike the casual observer as sane.

Whether someone is single doesn’t matter. Maybe, just maybe, they aren’t a slut?
Look at the statistics, young people are sleeping around less than their elders.

Like a literal magic word? (how stupid do they think women are?)

They make a heap of degrading assumptions.

For instance, women wear “woman” clothes because actually, they’re physically practical! A low neckline ventilates a hot bust! A breezy skirt prevents thighs from chafing (even in thin, non-anorexic women). Do I have to explain the sweat benefits of sleeveless?

Women already know this, ask women you know about the practical reasons for wearing clothes. It has nothing to do with men and entirely what we like. Not melting in summer is among them. Women probably stopped fainting because we could get some sweet, sweet breeze circulation!
If you had two globules of fat on your chest overheating your core body temperature, like a heat pad on your heart [1], you’d want low-cut tops as well. In the Victorian era, this was understood to be the only part you could bare – for practical reasons! Nothing to do with showing off or sex. You’re a perv.

Lingerie ads tell men what we wear has anything to do with them. Not really.

Some women try to dress to avoid male attention and need to wear deodorant under the boobs. Some women with large ones, all over. All over the boob. Sexy, right?

Most women hate compliments because most are from strangers, shallow, rude and poorly thought out.

Street harassment is totally okay if we’re allowed to pepper spray or shoot them.
Since women are the physically weaker sex and a random guy walking up to anyone, m/f, is threatening. Whoever they are. When they seem interested in taking things, willing or not, suspicions are confirmed.

We want to walk down a public street, in public, as an unmolested member of the public.

Walking down a street isn’t an invitation to impose yourself on anyone – man/woman/child.

Think how weird it would be to a man or child. No less weird to a woman.

This used to be standard protocol throughout the entire First World until the 20th century.

I think a lot of you would be shocked by how polite I am IRL. Self restraint is important.

If you compare the way schoolboys harass and intimidate one another, it’s exactly the same with street creeps.
Invasion of personal space, cutting off avenue of escape, forced conversation, rude comments, stupid questions, illegal touching, acting like you’re the one with the problem.

[1] do that experiment, internet! Men could not last more than an hour.

The irritating fact of boob ownership is in winter, you lose heat from them.

Fullscreen it, there’s something tragic about this.

Personally, I think it stopped being Paris when they quit calling it Gay Paris.

Recently, a hobby of mine has been detecting which charities are worthy and which are… dodgy.

It really highlights the cultural equality myth when you look.

Key example nobody in the West is allowed to discuss: 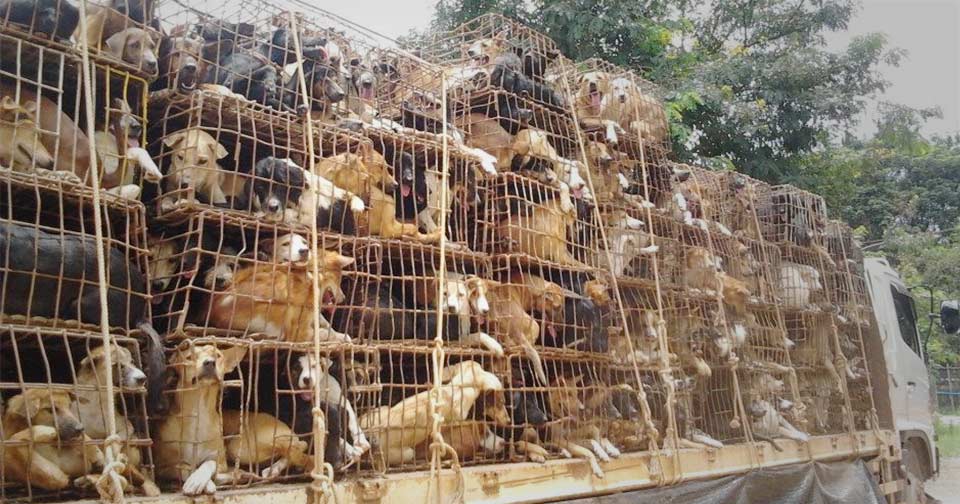 “Each year in Asia, millions of dogs are snatched from the streets or stolen from their homes to be tortured and slaughtered for their meat. In South Korea, dogs are bred for consumption in shocking conditions on so-called “dog meat farms”. These dogs spend their entire lives in cages and are then killed in some of the most horrific ways possible.”

So cultured. So loving. So gentle.

Asiaphiles need to educate themselves. They have many cruel practices, they know they are and enjoy them, actively enjoy them.

“The methods employed to kill these innocent dogs are unspeakably vicious. Dogs are routinely blow-torched or flung into vats of boiling water while still alive. They are clubbed or stabbed to death in front of other dogs, as it is believed the sheer terror the dog endures releases adrenaline making the meat taste better.
The dogs rescued by brave and passionate volunteers are usually so badly injured that many don’t survive. But some of them do.”

They help cats too but demand is mostly for dogs.

If you’re flying in one of their areas, they need flight volunteers too.

The hard switch between a Hindu and a Muslim.
A stripper-like choreography involving seatbelt safety?
A jazzy dance number about caring for random African children more than your own, working title “HIV and me”.

A song about Andrew’s love of loli, named “Epstein’s plane”.

A tap dance number about how the Queen Mother was a cold-hearted cow?

What about the final scene?

I can see it now: Madness in Paris.

And it ends up with a Muslim on the throne. Stunning and brave.