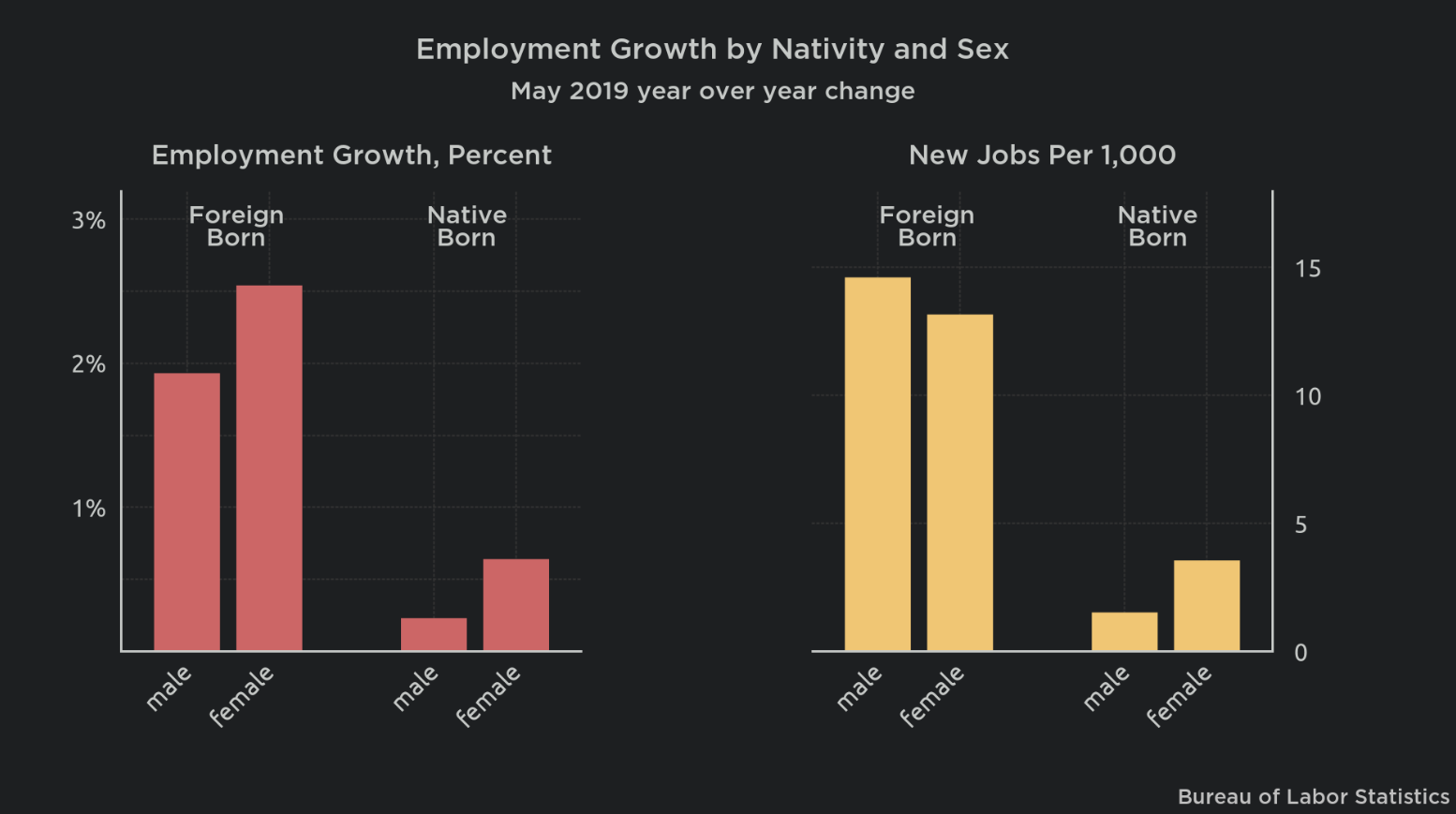 52% of American employment growth in the past year went to foreign-born residents.

Less than 14% went to native-born men.

I didn’t vote for you to import legions of cheap, second-and-third-world labor, Trump.

We need to change this. Enough immigration. Enough work Visas.

We need to take care of our own sons first.

I mean, yes, it’s a step in the right direction. Certainly better than the Obama years by far, but man, we can do so much better for the people who are already here.

but but but the only way to help white people is to help their competition! and introduce more! and replace them! and give the new people free shit! and give them college places! that’s the way to make poor whites rich! and boost GDP! and decrease taxes, because all non-white vote for that!

Don’t look at the stats by nation, I’m sure the problem is Mexican, not Chinese.

Either way, we’re now treating pillagers from nations as entire races. Because if you bring this up, some cuckservative will say whites don’t deserve their jobs – except them, obviously.

Libertarian is code for anti-America.

Don’t tax remittance to the pip squeak, that would be Marxist, not capitalist and all about NATIONAL economic capital and competition!

When our enemies take our profits, that means we win! – Trudeau, probably