No moving the goalposts.

not how miscegenation works

The disadvantage of computer-generated mixed-race composites is that they may not precisely capture the appearance of mixed-race individuals.

Damn right!  However, the major problem is not one of precision but of accuracy.  Caucasoid/Mongoloid hybrids generally look more Mongoloid than Caucasoid because: 1) Mongoloids have retained more ancestral traits such as robust cheekbones, robust mandibles, and various primitive (ancestral) indices of facial flatness [American Journal of Physical Anthropology 111:105-134; year 2000]; 2) some trait variation is due to dominant and epistatic genes; and 3) the genes associated with primitive features likely comprise of an excess of dominant genes with respect to the newer mutations behind the more-recently-originating facial features disproportionately found among Caucasoids.

One quibble: Broad cheekbones are robust but not attractive.

“However, in contrast to the first two experiments, the hypothetical Eurasian composite was not rated as more attractive than the Caucasian composite, a result that has been previously reported in a different study.”

When you didn’t skew your method enough to be PC.

“Therefore, the individuals that went into the average female Caucasian likely disproportionately included ugly, obese white women (possibly of mostly Irish ancestry).  In this case, the blending appears to have improved the attractiveness rating from ugly to unattractive.”

Figures 5 and 6 below show the pictures used in the third experiment.  One reason behind the attractiveness of the actual Eurasian composites (EurasianAV) in Figures 5 and 6 is the narrower face due to less prominent cheekbones, narrower than even the Caucasian!  The Eurasian facial breadth should be in between the European (narrow) and the Asian (broad).

They do that on purpose to rig the finding.

Fuck-all to do with even Eastern Europe!

So-called Cauc75 looks like my relatives, so I know it’s full of shit to call that a mix.

Genetic isolation from the invasions of European landmass preserved our features.

That’s why so many models are from our isles over Denmark/France/Germany/Poland etc, same reason applies to Asians with Japanese models, more sought after (by genes) and have a higher volume of Lookers than Asia mainland.

They also rig what data they release, omitting profile data.

Notice that Gillian Rhodes has not addressed the attractiveness of facial profile (side view).  I’d be damned if Caucasians consider facial flattening resulting from Mongoloid admixture as more attractive than the attractive Caucasoid norm.  Additionally, how can the following traits resulting from Mongoloid admixture among Caucasians be considered more attractive than the norm among Caucasians: reduced height, less muscularity in males, slanted eyes, flatter buttocks, smaller breasts in females, relatively shorter limbs, relatively longer trunk, and a smaller penis?

How dare you know statistics.

Flatter faces in whites are considered by neonate doctors a sign of genetic disease. If they spot it in a newborn white, they do other tests for specific things, most of which are linked to retardation of the mind too.

Our gut reaction as white people against mongrelization (in this case, Eurasian mixing) is an aversion to severe genetic disorder.

It could be a coincidence or not, who knows? What does it matter, since an aversion is there?

And has every right to be.

As for the eyes….

Look up downies, harsh but true.

Similar eye shape, tilt angle and placement on face to the Asians without monolids too. 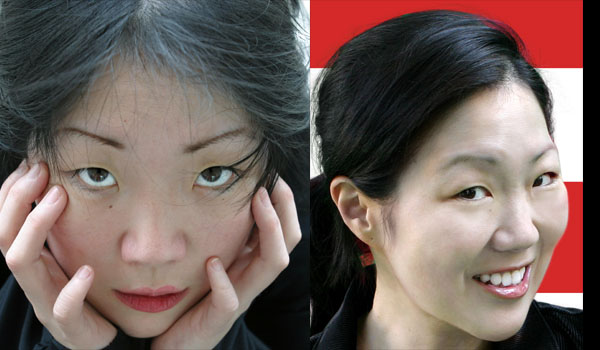 even in fellow whites like Cumberbatch (for the eyes).

The authors controlled for age, sex, verbal IQ, grade point average, family structure (living with one or both parents), and family education

On the other hand, there exist several examples in the animal literature where matings between more genetically distant individuals within the same species/different races result in offspring that are less healthy than the parents, on average, [30-37]  and this cannot be blamed upon struggle with identity formation.  There also exist examples of hybrid vigor, but nothing remotely close to hybrid vigor is seen in Udry’s data.

Udry’s data are compatible with the likelihood of race mixing improving one or more parental traits in some mixed-race offspring, who may be better off than both parents on multiple counts, provided that a greater number of mixed-race offspring are overall worse off than both parents.  The former possibility is surely not implausible given that the tremendous racial and species diversity out there implies that nature does not rule out equally-well functioning/better functioning novel genetic correlation structures, which could be brought about by race mixing, though the chances of improvement would typically be slim if more distant races are involved.

It is seen in Table 2 that those identifying as mixed race have worse health than even populations known to be highly admixed (American black, Native American, Hispanic).  This could be accounted for if one assumes that first-generation hybrids who have the worst health/behavior problems would disproportionately not be very successful in reproducing, i.e., the healthier mixed offspring could, within a few generations, set up a mixed-race population that is healthier, on average, compared to the first-generation hybrids, but for this mixed-race population to approach or exceed the overall health of the original single-race populations, it would take many generations of [naturally] weeding out the unhealthy and settling toward a novel population-typical genetic correlation structure that corresponds to good health (more on this and on hybrid vigor in a subsequent post).

Nature’s laughing at all of us, really. That time never exists.

This also assumes the mixed race want kids – no or fewer than average, from what I read and talking to them.

Zero or below replacement level, and lower numbers for kids they actually have.

To conclude, it is irresponsible for any scientific organization to pretend that race mixing has no adverse health effects and it is obviously inappropriate to portray race mixing as desirable or virtuous.

These latter facts remind us of the statements, so frequently made by travellers in all parts of the world, on the degraded state and savage disposition of crossed races of man. That many excellent and kind-hearted mulattos have existed no one will dispute; and a more mild and gentle set of men could hardly be found than the inhabitants of the island of Chilce, who consist of Indians commingled with Spaniards in various proportions. On the other hand, many years ago, long before I had thought of the present subject, I was struck with the fact that, in South America, men of complicated descent between Negroes, Indians, and Spaniards, seldom had, whatever the cause might be, a good expression.(1) Livingstone,- and a more unimpeachable authority cannot be quoted,- after speaking of a half-caste man on the Zambesi, described by the Portuguese as a rare monster of inhumanity, remarks, “It is unaccountable why half-castes, such as he, are so much more cruel than the Portuguese, but such is undoubtedly the case.” An inhabitant remarked to Livingstone, “God made white men, and God made black men, but the Devil made half-castes.”(2) When two races, both low in the scale, are crossed the progeny seems to be eminently bad.

thou shalt not adulterate

Thus the noble-hearted Humboldt, who felt no prejudice against the inferior races, speaks in strong terms of the bad and savage disposition of Zambos, or half-castes between Indians and Negroes; and this conclusion has been arrived at by various observers.(3) From these facts we may perhaps infer that the degraded state of so many half-castes is in part due to reversion to a primitive and savage condition, induced by the act of crossing, even if mainly due to the unfavourable moral conditions under which they are generally reared.

nurture has been debunked (adoption studies)

A study on cruelty would be interesting.