It avoids being fashionable and therefore never appears antiquated. Unlike fashionable design, it lasts many years — even in today’s throwaway society.

well they failed there concrete buildings are hideous

they fall apart and nobody wants to live in them

nothing dates more postmodern than grey concrete and white plastic

Apple rips off a peculiar brand of it.

30s German minimalism, if you know your stuff. Braun came after that German efficiency, explored by other white nations too.

They applied the same idea to the population with mixed results.

Ikea was founded by a Nazi lover, fact.

The irony is hilarious.

Minimalism is a white aesthetic.

If you need to paint over something, start with colour by numbers.

Don’t take someone else’s art and go instant karma Marxist on it.

No “artist” would actually do that. Artists respect other works. R-type trash.

There’s a metaphor about our modern world in here somewhere.

They “hate” Western civilization but they wanna live here and enjoy the perks.

They won’t do their own thing. Far, far away….

In a similar vein?

The people who chop up antique books need to be burned at the stake, it’s the only way to be sure.

Like no, butchering knowledge in its pure form is not a sculpture, Sandra.

Cultured people hate you now. They want respect but disrespect history and heritage.

Cultures take time to develop and personally, to appreciate. The people who say “everyone is creative” are 10/10 cunts who shouldn’t have been encouraged as children. Trashing good things is expression sure but not art.

Same as those people selling off an antique book page by page.

It feels like the bad restoration people but intentional destruction of the superior culture.

They should be shamed. Brats who grew up with anti-social behaviour praised by bad parents/teachers.

You know those were wall doodlers.

If I flipped you the bird right now, it would certainly be a powerful emotive expression… but it wouldn’t be art.

Basel should have a Communist tax regime.

Putting the “art” into artificial intelligence.

I’ll show myself out.

It was only a matter of time.

Now avoiding the real job market by becoming an “artist” isn’t an option, either!

They look like demons that escaped some Lovecraftian hellscape.

Like something a mad syphilitic patient would paint in the asylum.

Picasso was a hack who ripped off a lesbian anyway. 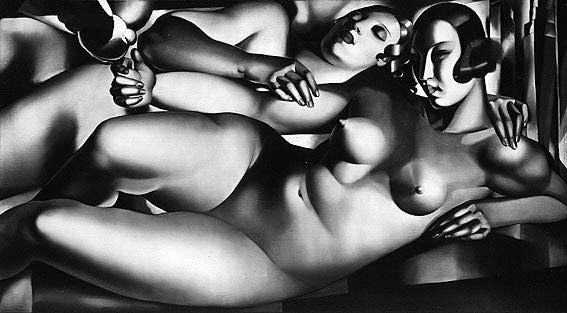 Then her symbolism makes sense.

Guess what those flowers represent.

Who’ll want to buy their pieces?

The “art market” is only still going as a respectable tax dodge.

And a tool to corrupt. You be the judge. This has been going on at least a century.

“Critics of modern art will at least applaud the irony. The Tate Gallery has paid £22,300 of public money for a work that is, quite literally, a load of excrement.”

At least they’re not taking the piss.

You think the poo emoji is bad? They want to make an Emoji Movie.
You haven’t seen the like of Shit Fountain.

Some of it is self-aware in a good way.

“Seeing your ideas live on in the works of others”
If feminism were this witty, I’d be one.

I know that one by experience.

I see you rip-off merchants, and I won’t be blogging (here) forever. I’m getting tired of the meme thing and looking into other arts, one day I’ll submerge from this.
Good luck finding me again to pinch things wholesale when that happens.

It’s all ‘performance art‘. All of it.

What is performance art? Nobody knows.

What makes it good or bad? There are no standards.

Why do they do it? It makes a lot of money and allows rich people to avoid taxes. The Left don’t have a problem with that type of tax evasion scheme.

See also: Why is modern art so bad?

I tell my students, and only somewhat flippantly, that arts policy is the most important policy arena. Seriously? Well, most people think health policy is right up there—but why live longer if life isn’t worth living? And if you don’t think government has a lot to do with whether and how you can engage with art, you just don’t understand the situation. ….

The question begs – What Are Museums For?

It’s funny how the anti-capitalist art fans don’t want to stop the tax breaks on art.
If they did, the market for “modern” aka crap art, would collapse overnight.

I’ll interject with a little background since I happen to know something to contribute.

I once heard a thought experiment from a nouveau realist artist. They’re trying to bring back form.

If you were walking around a scrapyard, and you found this work of “art”, a little distressed and muddy, would you know what it was? Would you recognise it? Furthermore, would you feel compelled to ‘save’ it?

I’ve yet to find a better test.

AC has touched on this profound schism between the ancient standard of art (K-selected amygdala) and the postmodern ….excuse.

Historically, the turnaround point could have been at two places. The backlash against The Academy in Victorian times (Pre-Raphaelite Brotherhood’s sexualisation onward) or, it laid the groundwork for the likelier of the two. A backlash against Nazi Germany, itself in contrast to “Degenerate Art” aka what we now laud as Modern, almost a century later. When the Nazis lost, it became a show of Allies’ patriotism to oppose the Nazi standards and anything symbolically on a tangent with them (Hugo Boss suits included) and to fill the vacuum with whatever was disgusting, depraved or shocking (cough Holocaust porn cough), and call that “beautiful” to mirror the implied equality of humans (with mud) versus the racial hierarchy. What a lot of people don’t know is that the Nazis did showcase an exhibit of this inferior artwork…. next to ideal Nazi examples with perfect lighting. The contrast was apparent. Hence, when the Jews opened their own art galleries after the war, which style of art do you think they bought? Art is a market after all, a lot of money in it, and even today, the market is overvalued thanks to billionaire tax breaks. When those stop, the market will collapse, and the New Money from China will be left holding its dick.

Naturally, there are those who disagree with the analysis but the timings and statements about the only true art being ‘political art’ are persuasive ipso facto;

We can easily dismiss demonising talk of the Jews who destroy art in order to break Aryan spirit.

…Photography is to painting as pornography to real women. Both create an illusion of real thing, but leave a lingering emptiness. In the long run, the real thing suffers. Pornography undid many happy unions. Reproduction of art conditioned us to view uninspiring beauty. It is difficult to view a painting of Mona Lisa without instinctively comparing it to its endless reproductions. In a way, the modern art was a botched response to reproductions, for an artist needs to attract attention of blasé viewers.  unz

Yet, if you dare suggest there is an objective standard of beauty, and that art must depict both beauty and technical expertise hard-won from thousands of hours in studio, the sudden shuffling of feet to disassociate with you would create another, firmer impression.

The current line? Personal ‘expression’. Lauding the Self and all it makes (cough period art cough) as God.

Think: Is the issue with the artist or the viewer?

A culture can be readily judged by the superiority or inferiority of their artwork.