Who started the myth they don’t?

A rare time I get to larp as an ACHTUALLY fedora.

Electric cars use plastic, and plastic requires oil as an input. There are dozens of ways an electric car might use oil, and it’s a good example of how pervasive oil is in everything we see around us. That’s why the first thing of interest we need to look at is just how oil is being used today around the globe.

Your lithium car battery? OIL. Lithium lives in the ground!

That buttplug you bought at a Parade? OIL. No babies were harmed, for once.

Speaking of fedoras, Meghan is now the Fedora Duchess.

Fedoras have always been a woman’s hat but does this make all men wearing it now gay? Or is Indiana Jones retroactively gay?

For pie-in-the-sky promises and dodgy business practices. He was a crook temporarily lauded as a genius while he put Tesla in the poorhouse.

The company comparison is named after the very man who ruined Tesla and free energy. The fall out with Morgan proves it, his technology worked. Modern EVs bearing Tesla’s name (his family don’t see a cent of that money) stand for everything his life’s work opposed – plugging into a fixed grid (DC) owned by the plutocrats (((read: bankers))). That’s terrible karma.

Plus the carbon is worse on EVs when you include manufacture – mining metals, producing the ‘electricity’ from the likes of oil industry, the battery disposal issue…

It’s the midlife crisis car of Boomers who dropped cash on that but have zero retirement savings because they refuse to admit they’re aging.

This cult of personality is entertaining. Cucking for Musk, because a multi-billionaire on paper really needs defending like a defenseless maiden in a tower.

Musk’s EVs aren’t the only ones in existence, Edison actually made a killing with electric car batteries a century ago.

Look it up. Wake up.

The guy is literally Edison but his fans must be thick to make the comparison.

Californian delusion: They can’t give up coffee but they can (((change the world.)))

https://www.popularmechanics.com/cars/hybrid-electric/a22688627/hydrogen-fuel-cell-cars/
We’ll know if Cabal is destroyed because these will finally be allowed.
https://disenchantedscholar.wordpress.com/2018/08/06/cabal-energy-inc/

But a fuel cell is much different than a battery. The hulking lithium-ion battery in the belly of a Tesla Model S stores electrical energy as a voltage across an anode and cathode. A fuel cell produces electricity by means of electrochemical reactions between a fuel, typically hydrogen, and the oxygen in the air. During the reaction, hydrogen and oxygen combine to produce electrical energy and harmless water vapor as a byproduct. If that initial chemical reaction is large enough, it can move an entire vehicle.

One is the car of rich idiots.

Nah, that would be philanthropic, we both know you’re not Tony Stark.

You hate right to repair.

“I’d like to, but I know how that ended for another set of people who tried to do that,” he said. “They shut them down within months. And Tesla doesn’t give them the tools they need.”

But he’ll give them to China.

Not to Americans repairing things that are scrap (upcycling!) but to other foreign hostile people who definitely won’t copy them and sell inferior dangerous versions or anything. They also won’t be itching to hack your autopilot’s auto-shoah feature.

As we know from Mr Robot it is possible to fireball a battery remotely.

They could ship it with extra faults since they’re custom build.

And extra bugs. In politician’s cars.

Wi-fi in a car is the worst idea ever. Is he being this stupid on purpose?

He’s going to go down in history as a bigger douchebag than Edison. These stories come out despite him repressing most of them! Yes, repressing was a deliberate joke.

As a billionaire (I doubt that) he refuses to pay up to the farting unicorn artist.
Scrooge would be impressed by how tight his ass is. He’s acting like he’s billions in debt.

He changes his opinions to suit whatever selfish thing he has going on now.

Classic psychopath trait. He thinks we’re too stupid to notice. I did!

Claims to love capitalism when discussing Edison to businessmen.

Claims to be libertarian and love Ayn Rand when he wants to date a fan.

Claims to be a socialist now he’s fucking one who looks twelve.

And he dared make a pedo joke? Your hoe looks like a Thai prostitute! 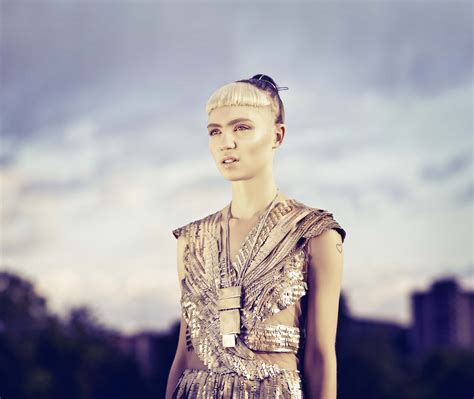 Skunk hair and a permanent SJW sneer, keep it classy.

And that’s the type he sleeps with openly.

Imagine the skank’s row in his walk-in closet.

She can’t even sing so no prizes guessing how she got her job.

I bet she loves it when you oppress her though.

Sounding like a dying cat running out of breath isn’t Enya, Town Bike.
Either that or a seance where the medium fakes the ghost noises.

If she recorded herself mid-orgasm I doubt you could hear the difference.
Subject yourself to the audible waterboarding of one of her songs and try to tell.

First one listed and I’m right. Auto-tuned to cringe levels, bland lyrics and the dubstep is the best part. Again, THE CLICHE DUBSTEP IMPROVES IT.

And she’s awful on social justice if you actually look. 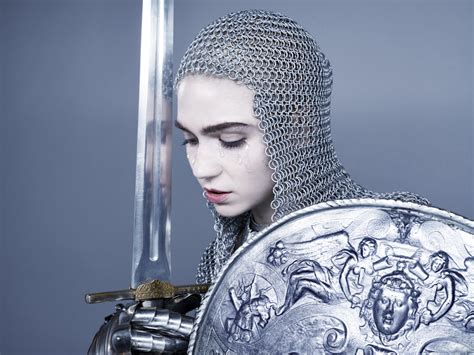 Cultural appropriation of a French, Christian virgin folk hero, for starters. From a cheap, unholy slapper with absolutely nothing remarkable about her “art”. Joan would spit on her as a whore. There isn’t a cross to be seen – on a SAINT.

See, he claims to have been a lot of things he isn’t now. In college, supposedly he didn’t drink/do drugs/sleep around. Guess what he spends a lot of time doing now. If you saw value in those things at their highest temptation, some would stick. A teetotaler doesn’t suddenly develop a taste for wine. It just doesn’t happen.

By the way, I am actually a socialist. Just not the kind that shifts resources from most productive to least productive, pretending to do good, while actually causing harm. True socialism seeks greatest good for all.

Nothing worse than a socialist. Commies aren’t dirty as socialists, who pretend to be nice and noble while robbing you dry for their own personal, private property. Every dictator in history used the “greater good” bollocks. Taking from the most productive is literally how all socialism “works”. You cannot physically take from the “less productive” you retarded fuck!

HE COMPOSED THAT. IMAGINE THE DRAFT HISTORY. FUCK.

He is actually one of the dumbest people ever to get these basic things wrong. He’s more shallow than his taste in women. People lie about his IQ, watch his interviews and he’s a bumbling tool. He’s never worked an honest day in his life to think this shit. And no, sitting at a computer doesn’t count, I do that all the time and it’s a piece of piss.

It’s like if one of his exes said “I’m vegon, I’m a vegan who eats bacon.”

Like the vegetarians who don’t object to killing fish.

The “first principle” of socialism is I can take your company, Elon cos “you didn’t build that”.

Why do atheists jump from one bullshit fad to another in the search for meaning?

For when he deletes that tweet the next time he pretends to have a convenient change of heart.

Here he is bitching about socialist China’s tariffs.
https://jalopnik.com/trump-is-now-just-reading-elon-musks-tweets-1823626946

For example, an American car going to China pays 25% import duty, but a Chinese car coming to the US only pays 2.5%, a tenfold difference

Also, no US auto company is allowed to own even 50% of their own factory in China, but there are five 100% China-owned EV auto companies in the US

That is not a socialist. Liar it is.

Am departing presidential councils. Climate change is real. Leaving Paris is not good for America or the world.

“Climate change is real.” Actually you already know climate change is the political initiative and global warming is the climate theory. Climate change cannot possibly be real because it isn’t scientific. It’s unfalsifiable as a term and if you did test it, hey, the climate is supposed to change it’s called a season! That’s why scientists use it for nothing! It’s worth nothing!

The more I look into this guy, the more he seems like the worst person on the planet.

Socialists don’t tell their workers to walk off an injury, you loser.

(Yes, loser, all his relationships fail).

It’s a very Edison way of working, to try and ban the competition. Fascist, actually.

The number of barrels from messing around, much like saving two cents on something packaged from China for two dollars, make no sense.

Is there a term for that?

And Elon Musk saying in public this week that everyone’s gonna die when Earth has all the resources to sustain life (biosphere, look it up) is making him look crazier than the apocryphal stories about Tesla that circulated near the end of his life.

I hope he doesn’t take the coward’s way out and blow his brains out (or someone makes it look that way….) because his interconnected companies all folded and he owed the Government more cheese than the EU owes capitalists.
Technically, all Americans have paid for a Tesla.
Charging crazy Hollywood people is fine though, charge the assholes.

The guy actually said putting all your eggs in one basket is fine, “as long as you control what happens to the basket.” Do you need a case for that? A basket-case? I can sell you a graphic design of one? Ah, I see you already have one.

Capturing industrial cars is great but.

They need more units than you can ever produce.

What a dream whore he’s becoming.
He’s just selling them pipe-dreams, hipster pipes.
His ownership is like 20% at this point, something silly.
stop

I might have to make a specific gif about Elon’s promises to piss off the fanboys whose defense mechanism is identification (Bible called it idolatry, w/e, same deal)…

PR master, fair props to the guy. Fooled me until I paid real attention.

Is he that guy who can never finish…?

I wanna be wrong but if he keeps burning the oil like an 18yo, he’s gonna crash and burn.

I don’t trust anyone’s opinion on the future if they live on a fucking fault line.

Remember, that is a minimum.

Sex it up.
Those are rookie numbers, you need an add-on that promises the best BJ you’ll ever have.
EVs already fellate the owner’s ego, go with it.

All we want is ethics in technology journalism.

And for God’s sake man, eat a bar of organic chocolate. You love nootropics, right?

Metaphor I had to come up with to explain ‘irrational’ female choices to a male friend.
Everyone wants you, and to ride you, but it’s in your best interest to hold out for the driver who’ll be considerate enough to give you good experiences and minimise damage. As soon as you leave the showroom, you lose value irretrievably. You cannot change models although you can patch up damage and hope no one notices. You might be at risk of theft or fraud because some drivers think they’re entitled to you. Which type of driver do you allow your keys? You remember past experiences, if any, and cannot wait around forever and run the risk of rusting. You see other cars out enjoying themselves and want to know their secret. You need to choose while you are desirable and hope you’ve chosen well.

This example, though hardly perfect, explains some female choices quite well.

Off the top of my head;