As in, normal group preference, genophilia. No mutations.

Reminds me of the study that found distant cousins most fecund.

Britons are still living in the same ‘tribes’ that they did in the 7th Century, Oxford University has found after an astonishing study into our genetic make-up. Archaeologists and geneticists were amazed to find that genetically similar individuals inhabit the same areas they did following the Anglo-Saxon invasion, following the fall of the Roman Empire.

In fact, a map showing tribes of Britain in 600AD is almost identical to a new chart showing genetic variability throughout the UK, suggesting that local communities have stayed put for the past 1415 years.

Geneticist Professor Sir Walter Bodmer of Oxford University said: “What it shows is the extraordinary stability of the British population. Britain hasn’t changed much since 600AD.

“When we plotted the genetics on a map we got this fantastic parallel between areas and genetic similarity.

The findings also showed that there is not a single ‘Celtic’ genetic group. In fact the Celtic parts of the UK (Scotland, Northern Ireland, Wales and Cornwall) are among the most different from each other genetically.

And the research has finally answered the question of whether the Romans, Vikings and Anglo-Saxons interbred with the Brits or wiped out communities.

The team found that people in central and southern England have a significant DNA contribution from the Anglo-Saxons showing that the invaders intermarried with, rather than replaced, the existing population.

By choice or rape?

But there is no genetic signature from the Danish Vikings even though they controlled large parts of England – The Danelaw – from the 9th century, suggesting they conquered, kept largely to themselves, and then left. Only Orkney residents were found to have Viking DNA.

“We found that 25 per cent of the DNA of someone living in Orkney is from Norse ancestry which suggests that when the Vikings arrived they intermingled with the local population rather than wiping them out,” added Prof Peter Donnelly.

Inbreeding is great if you have low genetic load in the participants, it preserves the health, looks and intellect of the bloodline. The breeding of good breeding was this deliberate sexual selection for fitness. It’s only a problem when you introduce mutations. They compound.

Outbreeding is far more likely to produce diseased or infertile offspring, much like a liger or a mongrel, the depression of mutations in genetic load can occur in a single generation.

What did Aryans look like? Here’s a famous Tocharian. 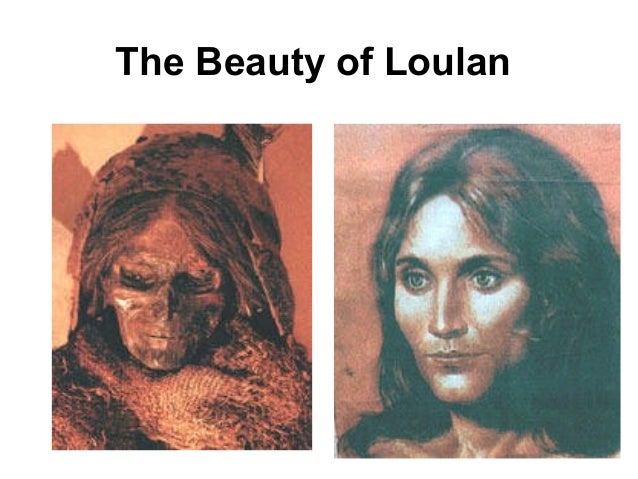 Tocharian woman 1900 BC found in China

It’s easy to show you when there are mummies available.

Interesting whether you believe it or not.

The Aryan race, or the concept of “Aryan” as a racial description of phenotype is not accurate. Aryan is both a linguistic tradition as well as a common culture, or rather a number of cultures which share the same common ancestry. Aryan also is a series of religious or folk beliefs that also have a common denominator. And the race which originally created the language, culture and religious roots of the descendants of the Aryans were of the Nordic race, based on both genetic, archaeological and living examples of peoples of Europe and the northern, more isolated regions of Iran, Afghanistan, Pakistan, Northern India, Kurdistan in Iraq, Asia Minor and many other similar Near Eastern and Asiatic regions. Deceased examples of an Indo-European racial type that share religious, cultural and linguistic traditions in common with Old Persian, Hindu and especially Celtic and Germanic peoples from Europe were the Tocharians, whose best example are the Caucasian mummies of China, which wore Celtic tartan dress, ornamented their belongings with swastikas, bore tattoos with symbols consistent with all Indo-Europeans peoples, held religious items indicative of both India and Europe, and physically were tall, blonde and blue-eyed, or with red hair and a distinct Nordic racial type. DNA testing of the Caucasian Mummies of China, these very remains, show them as having the same DNA structure as those of Northwestern Europeans. However, there is a substantial percentage of their DNA that has no known affiliates among the modern human population. New Age fanatic David Wilcock, made the claim on History Channel’s Ancient Aliens series that because there is no known populations on Earth sharing this percentage of DNA, it must out of necessity be of extraterrestrial origin! No, it just means that there was another human population, another kindred white race which died out millennia ago and has no existing descendants.

Not all blond and light-eyed, surely.

The orthodox view of the origins of the Celts turns out to be an archaeological myth left over from the 19th century. Over the past 200 years, a myth has grown up of the Celts as a vast, culturally sophisticated but warlike people from central Europe, north of the Alps and the Danube, who invaded most of Europe, including the British Isles, during the iron age, around 300 BC.

Tools were found to prove this.
Invade? Not necessarily.

The swirling style of decoration is immortalised …

But unfortunately for this orthodoxy, these artistic styles spread generally in Europe as cultural fashions, often made locally. There is no evidence they came to Britain and Ireland as part of an invasion.

Find what’s wrong with that sentence. So eager to erase white tribal histories.

The absence of evidence is not the evidence of absence.

Occam’s Razor – no evidence of invasion, suggesting at least some originated here.

For the idea of the south German “Empire of the Celts” to survive as the orthodoxy for so long has required determined misreading of texts by Caesar, Strabo, Livy and others.

why lie
why
PC that’s why
why you lie

“Celt” is now a term that sceptics consider so corrupted in the archaeological and popular literature that it is worthless.

A typical looking Celt, many had dark hair, eyes varied as they do today. 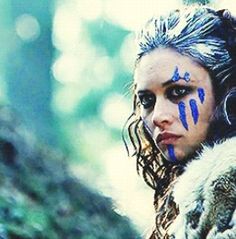 Longer face, thinner, large eyes and certain ferocity. The nose isn’t quite right nor the mouth because this woman isn’t a Celt, but it’s a similar look. Likewise- It’s really the pale skin that makes the Aryan. This makes woad brighter. 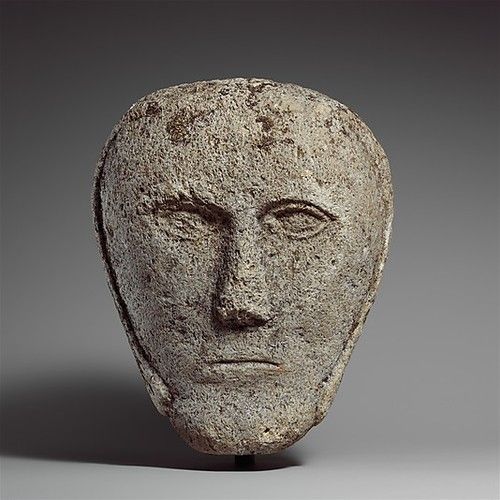 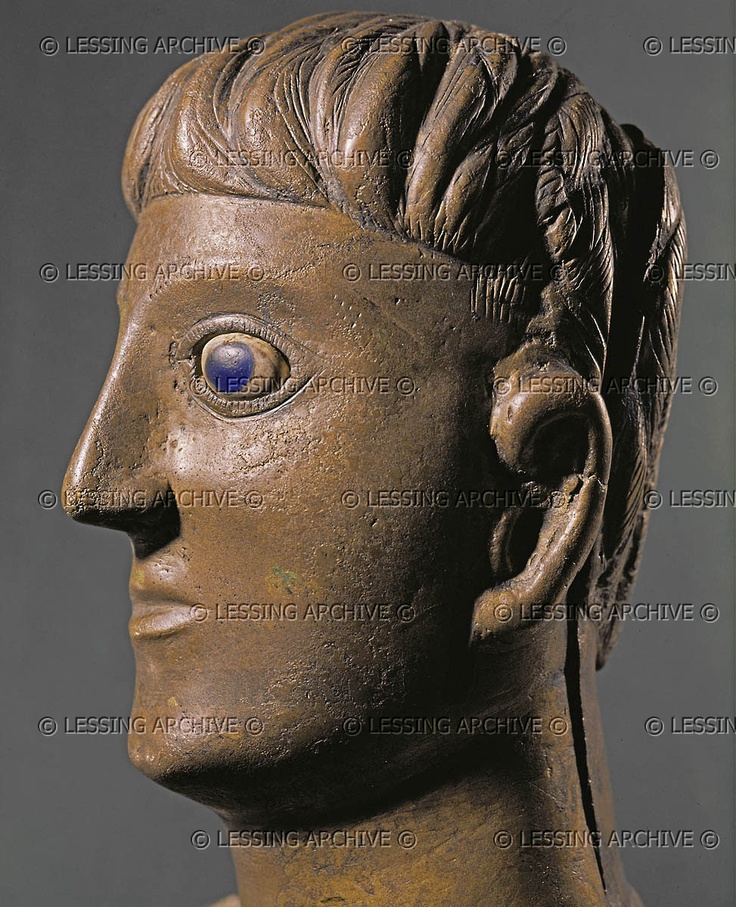 Not Celtic, but statues with eyes are creepy. They weren’t all lookers. 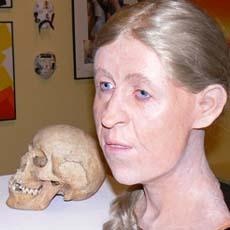 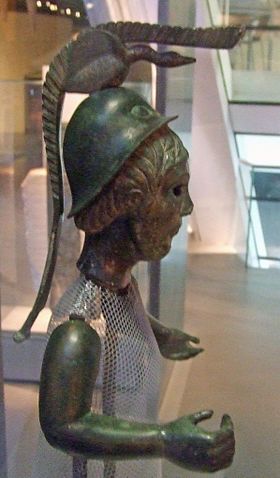 This is quite realistic. I would comment on the other races mentioned but I’m sure others know more than me.