Reminder: applies to all infections, not just sexually exclusive ones.

The prohibition on sodomy also applied to sodomy with women for the same reasons. It’s the same exact act, normalised in Jewish entertainment.

Sexually, it’s always men who are the main vectors of any disease (for many reasons, including going out more, washing hands less). Until literally a few years ago, biologists assumed the male urethra was always clean (immunoprivileged, like the eyes) – until they actually checked it... Turns out no vital pipe is clean, if you’re being a slut (sorry, “sexually active”). Men are the main vectors of any condition, and with HIV, ebola, this obvious “corona” (really pneumonic plague*) virus going round, knowing who’d be the likeliest carrier socially could save your life.

R-types are known for being happy Typhoid Marys, it isn’t just bug chasing “gift givers”, they can consciously pass on lesser conditions from spite (usually homoerotic, so other men are largely at risk). Even with a simple stomach bug or a norovirus, they’ll have an impulse to “meet up with old friends” so delay those ‘invitations’ past the incubation window and they’ll suddenly lose interest.

(Borderline and sociopathic women also do this, but usually it’s men).

Making people sick gives them a thrill of power over your body. And it’s mostly legal (with certain STD exceptions, that are ABH here up to GBH dependent).

The Black Death came from Asia too. Do your research. This is why they refuse to share DNA with Australia – it isn’t corona. Just a theory, but it’s the only thing that fits their paranoia. COD docs are legally binding.

They never did find a cure for plague, it’s almost Biblical.

A few days ago:

Yersinia pestis, the cause of plague, could be weaponized.

Unfortunately, development of new vaccines is limited by lack of correlates of protection.

aka unlike other diseases, they can’t pump out a plague vaccine on the pipeline

We used pre- and post-vaccination sera and peripheral blood mononuclear cells from a flagellin adjuvanted F1/V vaccine trial to evaluate for protective markers. Here, we report for the first time in humans that inverse caspase-3 levels, which are measures of protective antibody, significantly increased by 29% and 75% on days 14 and 28 post-second vaccination, respectively. In addition, there were significant increases in T-cell responses on day 28 post-second vaccination. The strongest positive and negative correlations between protective antibody levels and gene expression signatures were identified for IFNG and ENSG00000225107 genes, respectively. Flagellin/F1/V subunit vaccine induced macrophage-protective antibody and significant CD4+ T-cell responses. Several genes associated with these responses were identified that could serve as potential correlates of protection.

Paper for compulsory vaccination… just like Spanish Flu.
Fun fact: Most of those who died were vaccinated.

But wait, why would you need a vaccine for a bacterial infection?

Pneumonic Plague Is Diagnosed in China

It turns out, I have been researching this stuff for my health.

The Twenties are gonna be funny.

What would happen to their economy if we knew the truth?

Even if it were coronavirus:

The novel coronavirus (2019-nCoV) from Wuhan is currently causing concern in the medical community as the virus is spreading around the world.1 Since its identification in late December 2019, the number of cases from China that have been imported into other countries is on the rise, and the epidemiologic picture is changing on a daily basis. We are reporting a case of 2019-nCoV infection acquired outside of Asia in which transmission appears to have occurred during the incubation period in the index patient.

You know what spreads great during the invisible stage? Plague. Just sayin’.

What’s more likely? A disease magically changes on an almost daily basis* – or the Chicoms are lying?

*According to the NEW ENGLAND JOURNAL OF MEDICINE, redditfags! They’re throwing shade in academese.

I hate being smarter than everyone but I waited for them to release the truth, sportingly, and they didn’t so screw you, China.

If AA wants a wild ride, check homosexual studies of paraphilia if you can find them – inc. sadism (especially rape, interest in actual rape), cross-dressing, pedophilia (attraction to minors) and bestiality. When surveyed, interest in death and necrophilia is also reported but it’s hard to find that stuff online. Most serial killers are homosexual. (and also circumcised)

Credit: Jesus is just alt-right with me

If you cared so much about your body, what feels good and how you look – you wouldn’t do it. But NOOOOOOO. You just wanna be trendy.

For those of a sciencey bent;

“bacteria from the anus and groin can gain access to the bladder through the urethra,”

It actually changes the vaginal microbiome (swirly swirly). You can follow on the cited studies.

It hasn’t been studied long-term. It isn’t safe.

If you wouldn’t lick your finger after sticking your finger in there, use a condom at least?

The next plague, coming to a gay bar near you.

It is an abomination.

But if you have gay sexual habits, that includes you. 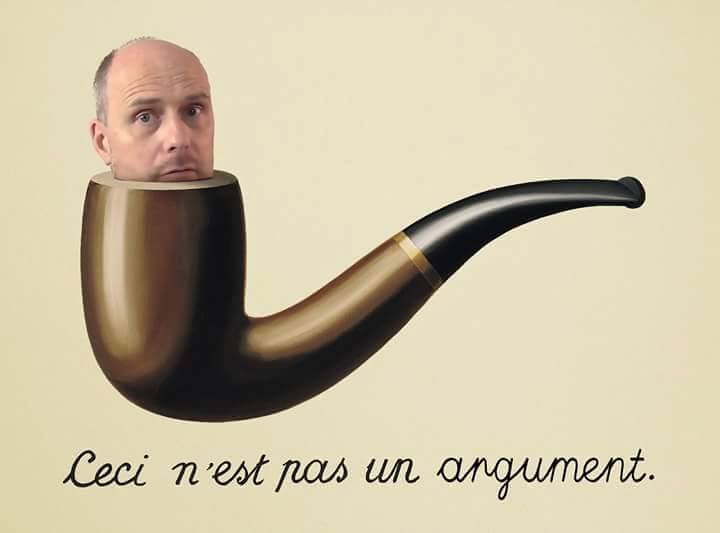 I’m surprised this was published. That’s so sad.

I’ll let you figure out the pedophile implication on your own.

Technically, your sexuality is what body parts you’re attracted to (which vary based on the other type of sex). If you choose A over V, I’ve got news for you… If you could do it with a man, arguably it’s homosexual sex. I await the hate, I expect the hate for simply pointing this out, but you did it, dudebros. You tore up your Man Card like the pederasts of Ancient Greece (bc the young boys looked like girls from behind). I hope you get a lot of checks. Please get tested frequently.

n.b. STD is a latent disease, you’ve got it but your immune system keeps it in check. It’s part of your microbiome now. STI is active infection and requires meds to drop it back to the level of a regular STD. Rarely does it clear from your system, if ever. It can be a hidden factor in male fertility, fucking up your man pipes.

http://www.zombietime.com/folsom_sf_2007_part_1/
R-types are disgusting.
Children are brought to this, to witness it… the question you must ask yourself is why. No doubt they are grooming those children for a time when the paedophile’s “orientation” is no longer taboo as well.

If you ever read about Sodom and wondered what it looked like, wonder no more.

This did make me laugh;

A project someone could undertake.

Who was born this way now, bitches?

Aversion to walking public health risks is like avoiding zombies during an apocalypse, it’s just common sense.
Add to this how many cancers are pathogenic (some caused by STDs or physical contact) and it becomes evolutionally intelligent.

Their entire legal premise is a lie.
The opposite force is heterophobia and the lesser term heteronegativism, because sleeping with somebody’s bisexual husband or wife is grounds for a stabbing.

They indeed wanna control what you think, feel and do.

This isn’t North Korea, you nutjobs. We (read: everyone) have a right to disapprove of literally anything, for no reason whatsoever. Having opinions isn’t illegal (mostly, in my country we’ve devolved).

There is a slight insinuation that by gaining “Governmental” acceptance (not really, votes vary) and controlling the cultural narrative in framing gay marriage as functional, happy, healthy, monogamous blah blah blah – they could, in turn make this sunny view (completely opposed to reality) real. In short, they’re blaming straight people for the fact their lives suck. Domestic abuse, drug use, HIV/other STD rates, rampant infidelity (rendering even straight marriage invalid)…. sure, blame the straights. Blame Whitey. Blame those evil men. Blame everybody for your actions and insecurity – except yourself.

Remember when the gay crowd had a backbone? Me neither.

…As of April, no fewer than 25 cancer drugs that prolong life will be withdrawn by the fund.

Imagine how these cancer patients and their families must have felt this week when, following a major trial on a £12-a-day drug which helps prevent people catching HIV, they learned researchers were recommending that healthy gay men should be given it free on the NHS at a cost of almost £5,000 a year per person.

What kind of ethics is it to save one group of society from a disease that can be prevented by using a £1 condom, while denying cancer sufferers a longer life?….

People are not one group anymore, they’re interest groups. The cancer group don’t have the hate speech laws on their side and numerous legal counsel to protect the ‘rights’ which aren’t rights.