https://archive.org/details/publicrelationse00bernrich
This one is least interesting, read it last, if at all.

Another link you have to know exists to have the slightest hope of finding it.

There’s a line, isn’t there? Think how much we spend on clothing today. Think how little is any good. If anything, it ought to be better. In menswear you see a lot of circulation, for instance, the gilet is a doublet.
A related discussion in vintage or re-enactment circles is the glamour/beauty debate.
Beauty is natural but human beauty never has been. Primitive tribes had shell necklaces and the torc or crown were made alongside spears. This is something we are so immersed in we cannot see it, there is a hierarchy of style and the modernist love of minimalism (it’s been almost a century now! come on!) came from an American urge to distance themselves from Europe and carve out what is ironically a more rugged, romantic* standard.

Boomers were defined by the hippy look, androgyny that mimicked the political shift.

People wore wigs in most centuries for decency reasons, like hats, they wore heels and girdles, eyeliner was medicinal. Male watches, wristwatches, were originally ladies’ bracelets. To this day, the face is too large for the male wrist, they go overboard to make it look manly with a chunky appearance. If humans put effort in, and since wearing clothing is legally required, they naturally want to express who they are and where they come from and that art form shouldn’t be dismissed. The utility belt began as female, with its height in the chatelaine. Men would only have things strapped to a military uniform from the shoulders, where their muscles could take the weight. Heavy belts help women, whose strongest muscles are our thighs.
The 1950s makeup aesthetic was heavily painted, more than some looks now. There was a full face of foundation and a lot of powder. These days, with HD cameras, it would look cheap as Hell.
Men forgoing makeup is modernist, inspired by the Romantic* philosophers because it was au naturelle.

To this day, many of you don’t know where this sudden squee over the working class came from.
https://www.artofmanliness.com/2010/09/19/3-archetypes-of-american-manliness-part-iii-the-self-made-man/

Yes, it was totally your idea… like the American eagle that isn’t Napoleonic that isn’t Roman…. calling it, Empire = eagles. Sciencey.

The Romantic poets had a fetish about the countryside and farmers, this continued on into Vincent’s art but began around the 17th century with still life and paintings of farmers and cooks. The simple life to contrast the urban “Enlightenment”. Industrialization got the Romantics down, they thought machines were replacing men and making them more effete, dependent. Actually, how many men can stitch a button?

Look around and see for yourself.

Women aren’t dressed like men, men are dressing more like women. Do you need a loose fit of maternity wear? Think back to 1980s suits to now, picture the silhouette. Modern men cover up way too much skin, historically. Why? Well, they don’t fight, there’s no body heat being lost. Sports replaced wars. The wealthy areas tend to be cold or polluted, so we cover up. Powerful men are in vogue, fewer dandies and more fat old men, who tend to cover up.

Long coats are Byronic, like long sleeves. Cravat and tie are basically the same thing in French. Grooming became more important, they didn’t just drop a standard so telling women to forgo makeup would be like telling men exactly which hairstyle to wear regardless of face shape and job and climate and whether or not they were allowed a beard, absurd in any time period. Makeup, like hair style is also cultural. You can see comparisons on Youtube of say, French and American makeup. Men couldn’t have beards in the upper classes until soap and good hygiene became the norm. There were reasons for the aristocratic fashions and all grooming is good grooming, with the exception of anal bleaching.

That would be masochism.

Suits, for instance, change how a man walks. Other men don’t notice, we do.
If a man can’t buy a good pair of shoes, do we trust him?
The effect on manners and a sense of personal dignity cannot be under-estimated.
As one man I know put it, he recently got into vintage and said “I know now that I felt like shit because I looked like it.” People responded to that insecurity signal. Depression is linked with unemployment but also sloppy dressers.
Why is there an envy of the stylish? They look happy. We imagine them contented.
It’s different to pin what caused what and I’m not a man so your feels aren’t my beeswax.
When we picture a utopia, what do we spotlight? What they wear. Instinctively, you care. Cosplay is all about the style and the feel of an era, what it represents. Living history, I’ve heard it called, like recipes and music.

They build up on skills and those traditions are rooted in history, in a country and time.

A critical aspect of femininity is presentation and expression.
It isn’t limited to women, however, men gain a collective identity more.

It affects how you carry and identify yourself. Think military uniforms.
This concept was floated in NRx years ago but I figured I’d bring it up again.

There’s a distinct pride element, whether it’s class, sex, nation, occasion (we still dress up for weddings..) and think how many aspects of appearance are banned or frowned upon (up to the English flag, because it might offend).
SJWs themselves cannot resist the siren song of a uniform but the blending is childish, Monroe catseye glasses with a Betty fringe and Audrey shirts, they signal an ignorance of feminine style. It’s pure fashion and poorly crafted as a look. There is no style.
How many people dress like hoodrats and chavs that wouldn’t dream of it ten years ago? Thanks to Anonymous making it middle class rebellion.
How did wearing Mom Jeans become Tech Guru status? Apple smartphones.
Why don’t men wear hats and spats and carry canes?
Where did all the petticoats go?

These sound superficial but the fabrics follow the philosophies. Designers respond to demand.
We dress cheaply because clothing is made cheaply. That makes us cheap people. History will view us as such. Trends set in LA temperatures look ridiculous in Europe. I said it.
Please can men discuss this because obviously I don’t want to tell you what to wear but women notice. We note the expression and effort, why else do you think the gay best friend thing came about?

This isn’t superficial, aesthetics is critical. It’s the ultimate emotional appeal (looking good) and, no offense, but the signal of sophistication and elegance is one few people could ever make. Natural beauty is genetic but style is a level playing field. The dress-up montages in film and anime are a token marker of stepping into a social role (think Iron Man suiting up) and mature responsibilities.

I’ve noticed one particular thing I want to point out before I set this festive post on a timer: PC culture has risen as appearance has gotten more sloppy. With weak signals from look, the verbal mannerly side has gone into overdrive. 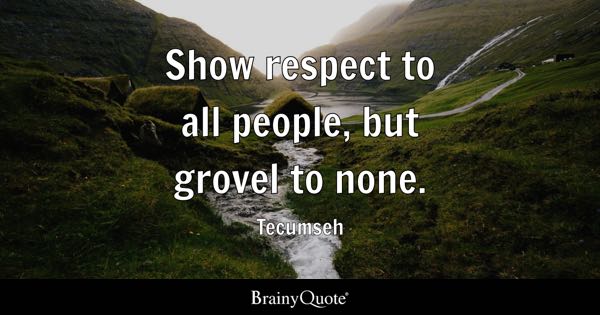 Jerry Seinfeld has ruled out playing university audiences because they are too politically correct – and he counts the entire younger generation in that.

While Seinfeld was promoting his internet show Comedians In Cars Getting Coffee on a sports radio show, DJ Colin Cowherd said that Chris Rock and other comics steered clear of student audiences because of political correctness.

Seinfeld said, “I hear that all the time. I don’t play colleges but I hear a lot of people telling me they’re so PC.”

When asked if political correctness hurt comedy, Seinfeld replied, “Yes it does.”

He added that comedians like Louis CK, whose Saturday Night Live monologue about paedophilia and racism caused something of a stir last month, avoided problems because he “doesn’t care”.

“Everybody has their hot zone. Their heat map. Those are the jokes you do. For me, I talk about the subjects I talk about because for some reason, I can make them funny.”

Seinfeld described his 14-year-old daughter saying that her mother’s suggestion she might one day spend time with boys on weekends was “sexist”.

“They just want to use these words,” he said. “‘That’s racist. That’s sexist. That’s prejudice.’ They don’t know what the [bleep] they’re talking about.”

what was the first PC term?
Using Jew as an insult or verb, wasn’t it?

Coming to a cinema near you.
What can we surmise?
Their stranglehold is crumbling as they realize they took on too many pets who are now devouring princess middle class white girl.

This is recruitment strategy.

Ironically, discussion of these films will enable discussions of the myths and lies they perpetrate – a counter-recruitment strategy in all but name for the wider internet. They won’t work to recruit as planned by the Hollywood propaganda machine and will suffer the same fate as other politik-heavy flicks, consigned to the dustbin of history for their errors and blatant yanking of the heartstrings. Those types of film are notoriously unsuccessful with normal audiences (they sense the bullshit creeping down their throats and refuse to chug).

It may be taken as a bad sign on first sight but it begs the question: why do they need to put it out now?
Their neoliberal comrades need something to cling to for emotional sustenance while times get increasingly tough, as predicted.

Sit back and enjoy watching as they cling to fictions while reality crashes down around their ears.