It was universal, remember.

The trolls who want to divide the right and say women this, women that on no grounds go curiously silent on cases like this. There’s data to support what I’m saying.

You can’t claim (factor) unless you also control related factors.

It would be akin to the deception of measuring energy levels but not controlling for caffeine intake and it’s bad science.

In this case, demographic factors: it’s gender, race and age.

Those are salient here. They have a large effect size on the final result (voting choice).

Gender, controlled for race (self report):

In voting as in biology, race is a bigger factor in voting behaviour than sex.
None of the trolls (shills) mention this because they don’t actually know the HBD and/or they want white people divided by lying to you.

Voting behaviour by race, the one chart you NEED:

That Other includes the mixed-race children of White Trump supporters.

They know this factor is most important, they have studied specifically this fact.

Meaning I had to tell you. November might rest on whether the right is dumb enough to spread their lies and put off their patriotic allies as a lost cause.
And I think the white female data is grossly distorted down because… CNN.

They’ve flipped it in favour of… Clinton, and you believe that fake news?

Why can’t you question this online? Why isn’t posting fake poll data illegal?

Unless you take the shill’s line that white women should be held responsible (and banned from voting, convenient for Cabal!) for the voting patterns of non-white women?

If you’re bringing in restrictions on anything, gender is smallest factor.
Age is a bigger factor.

Logically, the limit should then be 40+. If you mean it.

As you can see, being white is the biggest Trump factor, being older/more experienced and then the tiniest edge within the male group within chance levels (the no answers have it). And that’s given the low, low probability CNN+ hasn’t just fudged the data.

They lie to women because, frankly, a lot of us are like lemmings and will vote however they (Americans) are TOLD other women are voting. The shills are lying about that, it’s disinfo, don’t empower their voting lies, the habits the Dems push aren’t true.

Since the average woman now has more valuable skills than the average man, we’ll always make money. Robots are replacing the bloke jobs (on purpose, no unions). And you can’t stop people creating value, money is just an easy barter.

BARBARA, PUT DOWN THE KNITTING NEEDLES!!!

SANDRA, ARE YOU MAKING JAM???

SUSY, THAT BETTER NOT BE A TRAY OF COOKIES I SMELL!!!

I could buy way more male votes with all that sweet, sweet cash.

Please, please, I am begging you, give me the option not to fund my own genocide with taxes to give up something that doesn’t matter anyway. Votes don’t win elections, child. Bribing politicians does.

The technical term is “speaker’s fees”.

They think women are thick, don’t they? We always win, darling. Always.

Hypothetically, if women can’t control their own finances, they’d get a sex-exclusive Universal Basic Income from all tax-paying men. See? Still win.

They say the Church is oppressive but that was a voluntary 10%.

A tithe only goes to other, good Christians.

No, the 20th century didn’t ruin your country.

For a brief period after the American Revolution, some women
were allowed to vote, in one of the thirteen new states. The New
Jersey Constitution of 1776 enfranchised not only men who met the
property requirement but women as well. The specific language:

[A]ll inhabitants of this Colony, of full age, who are worth fifty
pounds proclamation money, clear estate in the same, and have
resided within the county in which they claim a vote for twelve
months immediately preceding the election, shall be entitled to vote
for Representatives in Council and Assembly; and also for all other
public officers, that shall be elected by the people of the county at
large

No taxation without… ah, that’s right!

Wait – it gets weirder. Other states.

Before 1820, free black men could vote and white women couldn’t.

So much for your IQ and race realism, huh?

Plenty of states were just male supremacist and misogynist, regardless of qualification.

[Checked: Deadlink from bookmarks, damn. Well, 1820 was the date to look up.]

Now you know why the first feminists were generally “white supremacists*“, because if you let someone you consider subhuman vote before your sister, something isn’t right. Clearly, that person isn’t meritocratic, AKA the American Way. Let the person who can (usually) barely read and write have a say, against the highly educated, who can’t?

Women were preferentially home-schooled with a governess, which we now know is better!
Plus finishing school, which everyone forgets. Bring back those.

They ended black and female voting in New Jersey in 1807 because white MEN were dressing in drag or blackface to cast extra votes.

*They wanted to be treated the same as black men so I dunno how that logic works.

It’s funny when I must correct Americans on their own sodding history.

If it weren’t so sad.

And where’s the female incentive to contribute to a society that provides no incentive?

This isn’t Communism, everyone needs incentives. Women aren’t respected by men generally as feminine or wives any more…so fewer are feminine or wives. People can (and do) suppress their natural instincts if society actively punishes them for it (say, you lose the Vote when you marry), a dysgenic outcome. And men are suppressing their paternal instinct because losers on the internet disrespect fatherhood as stupid (but Homer Simpson is insulting!).

Nobody can honestly answer that question. Incentives must come to the individual, so the reward can’t be another person e.g. men, children. And men had the “reward” of a family too, plus the Vote (when property ownership was dropped). Ancient tribes survived because they were meritocratic. You contribute, you have a say. This includes the choice to elect representatives, those representatives don’t get to turn around and limit the Producers in the society that supports their existence. And who produces more vitally than women?

Homogeneity is based on shared values and fair incentives. So for example, everyone values Christian charity and all members could have a seat at the table for free food if they fell on hard times.

It’s like how lower class men have been too stupid to realize they celebrated their own replacement for the profiteering of the rich men. Robots work in factories instead of you. Drones are soldiers instead of you. Immigrants in lower-middle job roles like taxi driver and cook, instead of you. And you welcome sexbots? Seriously?

Men celebrate their replacement for laziness and cowardice and wonder why they’re in a weaker bargaining position.

You cut off your own opportunity, welcome to the inevitable outcome.

Happened over a century.

Male suffrage activists were far more annoying to men than female ones, who simply wanted parity. If you’d let the village drunk get a vote before the aristocrat’s daughter, there is a problem. 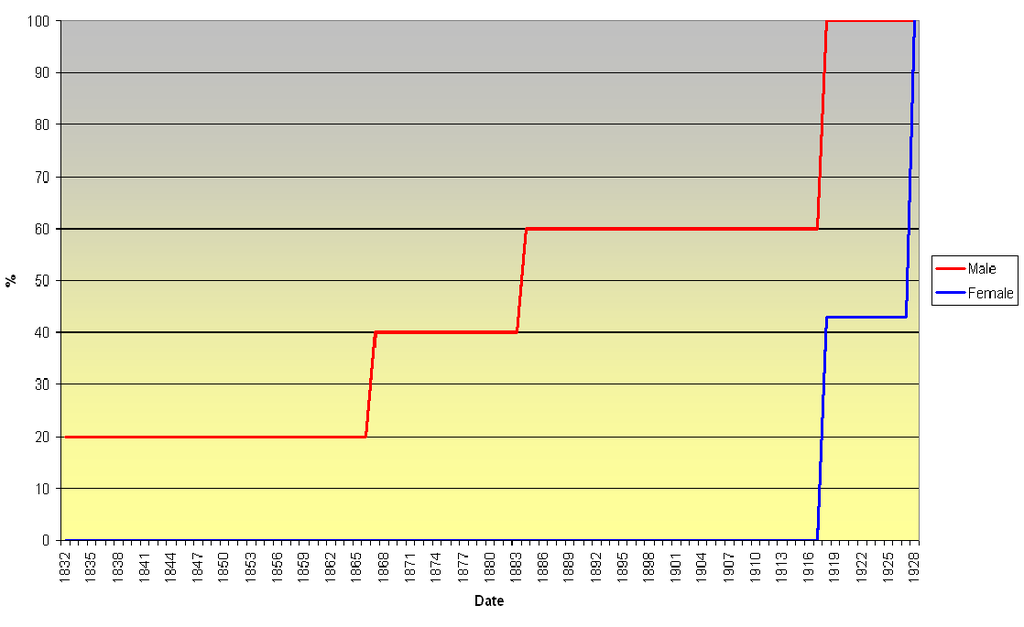 I wonder why women eventually got it, despite how it took HALF A CENTURY. We don’t hear about the repeated efforts of men to get their vote.

“The parliamentary franchise in the United Kingdom was expanded and made more uniform through a series of Reform Acts, also known as Representation of the People Acts, beginning in 1832.

Yes, I’m quoting wikipedia. It’s that basic and you should be ashamed not to know it.
Uneducated men easily led by the siren song of socialism* were given the vote before upper-class, well bred graduate women! So much for IQ!
(Class is heavily IQ based especially if you compare upper to lower).

Stop lying about it.

You can be debunked with wikipedia, Vox Day, stop talking about it.
Women wanting a vote given how many idiots got it for decades before is not something to shame.

Logically we’d base it on

The sexes aren’t different enough for that to be a factor here. Race and class are much, much bigger. Ah but he won’t touch those with a bargepole, too realistic. Just ignore the HBD…

We value a driver’s license over a minimum IQ license to vote!

Technically, every policy should legally be proposed to the voter with a financial amount that it would cost them to implement, personally. *Per voter figures. As in, you can’t shirk your responsibility for the things you vote in. If the amount needed to implement goes over that estimated figure, it’s put to another vote. 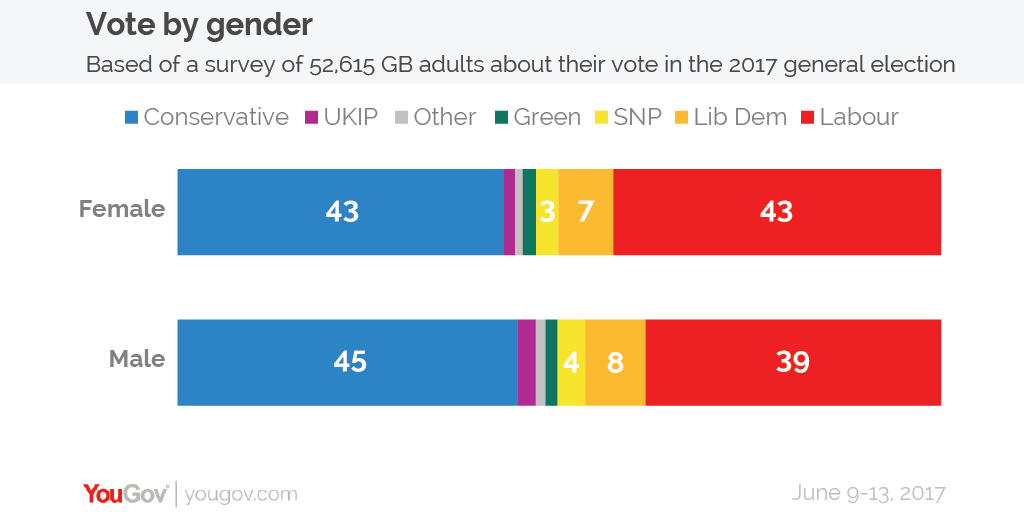 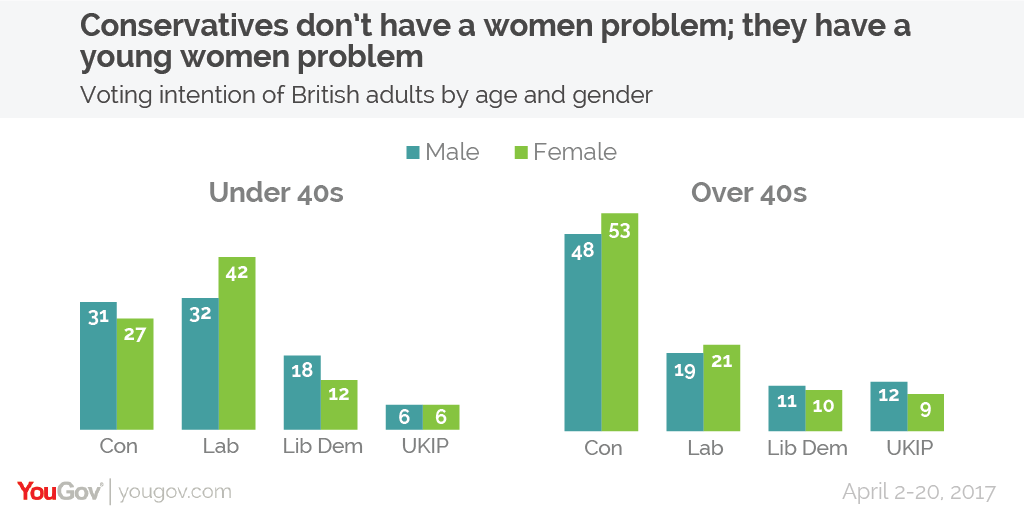 OR
Nevermind, your fear is completely justified.

Feel free to make your own.

So let’s talk about the Red Pill, shall we?

This little red pill where any group is magically exempt from criticism… almost like a privilege. Offense is “how dare you imply my demographic is morally fallible!”