“You’re free to do anything we want you to do.”

If the TV could pat you on the head for being a Good Boy, it would. 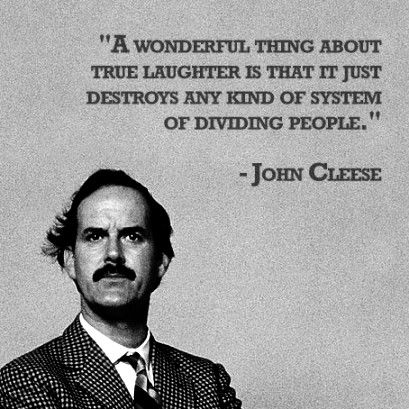 Is the fun in watching people complain to post more? Definitely.

http://charltonteaching.blogspot.co.uk/2017/06/a-neglected-aspect-of-so-called-virtue.html
There is a strong strain of sarcasm in academia, yes.
It implies PC is a religion….

whatever ‘virtues’ a society rewards socially and sexually.

“So the real point about modern so-called virtue-signalling is that is an advertisement of, and propaganda-for, moral corruption.”

It’s good to see the kindly Professor get the attention he deserves online, I’ve been plugging him enough.

“American upper-middle-class culture (where the opportunities are) is now laced with cultural signifiers that are completely illegible unless you happen to have grown up in this class. They play on the normal human fear of humiliation and exclusion. Their chief message is, “You are not welcome here.”

Cultural Marxism is used by the middle class whites to keep the working class oppressed – by creating new oppressed classes that crowd them out for rentseeking.

Although the emphasis varies, baizuo is used generally to describe those who “only care about topics such as immigration, minorities, LGBT and the environment” and “have no sense of real problems in the real world”; they are hypocritical humanitarians who advocate for peace and equality only to “satisfy their own feeling of moral superiority”; they are “obsessed with political correctness” to the extent that they “tolerate backwards Islamic values for the sake of multiculturalism”; they believe in the welfare state that “benefits only the idle and the free riders”; they are the “ignorant and arrogant westerners” who “pity the rest of the world and think they are saviours”…

“Some would ask, why would one want to do this? Why deliberately go poking around among nasty, disreputable ideas? Why look under rocks?”

rationale for this entire blog

I guess moral relativism just admits they switch out the labels like colour swatches.

I guess their complaints about populism are realizing they’re out of style.

Again, status signalling is really all about Freudian signifiers.
The Pietism of virtue signalling gets to me.

People who claim Freud was wrong about sexuality still get the most ripe interpretations of inkblots despite sleeping around. Stop flirting with Wicca and commit to Christ.

egocentrism is fine, a weak superego is terrible

A lot of supposed nihilists are just Freudians with no clue how to interpret.

Speaking of impossible memes (because you find nihilism to have meaning) – cognitively.

How is a meme qualitatively different from an idea?

Meme is such a pretentious way to discredit any faith by coaching it in pseudo-Darwinian paradigms. Thoughts do not guide behaviour, it is values and those arise from cultural principles. Religion shows the shifts in paradigm of cultural dominance over time.

Today my pill is so red it shifts into the UV spectra.

Iconography is not the territory.
Virtue signalling is the modern Pietism. These basic bitch Pharisees.
Remember to self-flagellate with your Father’s disappointment today!

This was my concept because who TF doesn’t like rainbows?

I also like pink, soft fluffy things and glitter but admittedly that’s a harder sell.

Milo really made it take off though, so props.

We’re also throwing back SJ terms at objections to anything vaguely common sense. ‘Problematic’ paralyzes them with fear, they can’t deny their own terms without denial of the theories, a countersignal they’re incapable of.

This turns degenerate signals into virtue ones.

A fact most people don’t know about black magic – there are no black magic symbols. They are all perversions of the good, white and light. Similarly, there is no degenerate symbology, they must take – and the rainbow is an irrational theft for homosexuality, when the premise is that they’re all the same. However, as an acknowledgement of the ranging phenotype of white people, it is perfection.

We need a traditional aesthetic and that includes nice things.

Nobody owns those symbols, they’re defined by use. They took those symbols, we’re just taking them back. Cultural Marxism’s tricks are being used against it, all they do is appropriate good culture and pervert it for whatever pet project.

Virtue signalling is for idiots.

People who want to abolish ‘wealth’ approach the rich… and they didn’t ping to any danger?

“Here’s how it was worked.
Wherever possible, Communists got converts and sympathizers in the film colony to sign pledges. They saw to it that the pledges were kept. Out of the salaries of the unlucky ones, came a certain, set, agreed-upon percentage for the party. Not all the agreements were so bald that the dupe knew his money was going directly into Communist channels. Sometimes the deductions were earmarked for this of that “anti” league, or some patriotic sounding unit with a professed fight against Fascism or Nazism. Whatever the name, the deductions went almost invariably to aid the Communist cause or into the pockets of the solicitors.”